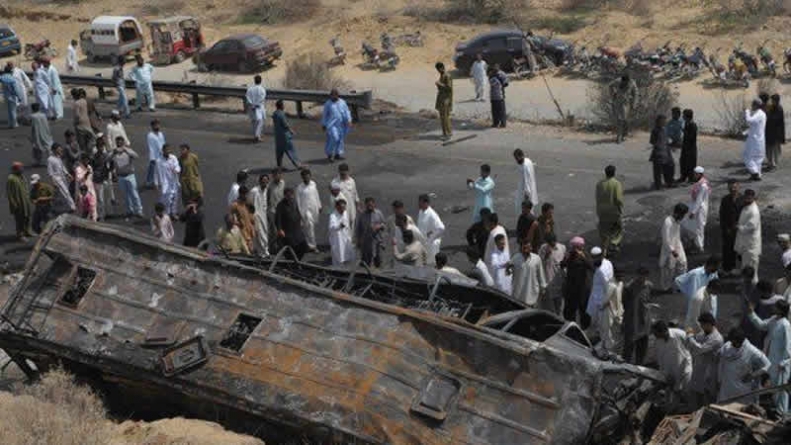 At least three people were killed and five others wounded in a road accident in Balochistan area of Hub on Monday.

According to Rescue sources, a passenger bus and a truck collided in Hub area of RCD Highway on Naka Khari, killing three and injuring five others early this morning.

Bodies and the wounded have been shifted to nearby hospital. The hospital sources said three injured are in critical state.

According to police sources, the ill-fated bus was en route to Karachi from Quetta.