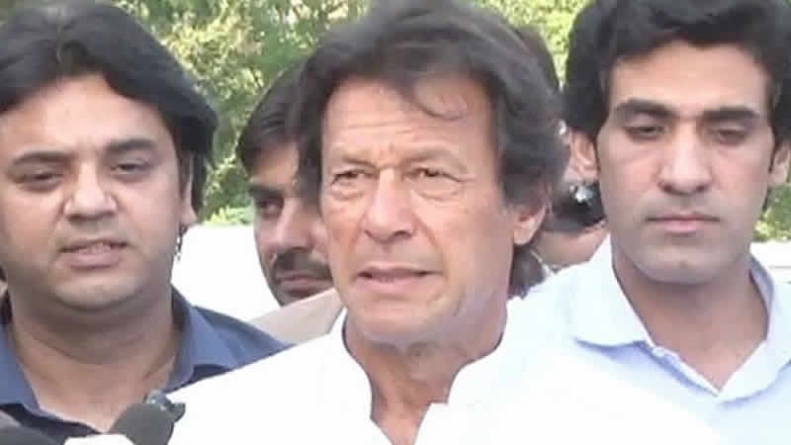 Sticking to his stance of holding November 2 sit-in, Pakistan Tehreek-e-Insaf (PTI) Chairman Imran Khan insisted that his party’s planned ‘lockdown’ of Islamabad would go ahead in any case.

Talking to the media before leaving for Quetta, Imran Khan expressed surprise at the timing of the attack, and asked why such incidents took place “whenever my party moves ahead to expose the government”. He said that if the Quetta police centre attack was planned in Afghanistan, India’s involvement was inevitable.

“A new doctrine has originated in India which aims to implode Pakistan, because they have failed to defeat us militarily.” The PTI chief asked why Prime Minister Nawaz Sharif did not raise the issue of Indian interference in Balochistan at every forum. He said that terrorism and corruption in the country were running parallel.

He declared Nawaz Sharif “the biggest security risk” to the country, and alleged that the government was now bent on protecting the premier and hiding his corruption. He said that the Balochistan government had repeatedly underlined that India was destabilising the province. “But why our prime minister didn’t name India at the international forums to expose their brutality.” he asked. -dailytimes