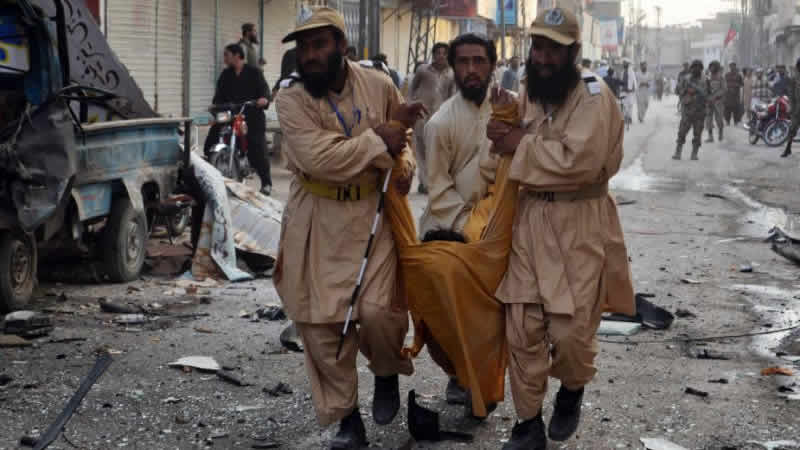 At least 14 persons including five policemen were injured in an explosion near a flyover at Zarghoun Road of Quetta on Thursday morning, Media News reported.

The bomb device went off near a flyover at Zarghoon Road of Quetta when the convoy of Federal Sharia Court judge Justice Zahoor Shahwani passing through the area. The Justice remained unscathed in the attack. Around 14 persons including five policemen were injured in the attack. The Injured were transferred to Civil Hospital and Combined Military Hospital.

An injured said to be in a critical condition. According to bomb disposal experts the bomb was detonated with a remote control and three to four kilograms of explosives were used in the blast. Security has been on high alert in Quetta after a deadly blast in the city’s Civil Hospital on Monday, which claimed at least 72 lives including lawyers, newsmen and others, while dozens of others were injured.

A combing operation has been underway in Quetta after the hospital bombing. Police and other law enforcement agencies cordoned off the area after the blast. At least six persons were injured in the blast, security sources said. The relief teams shifted the injured to civil hospital and CMH. Zarghoun Road leads to the Chief Minister House and has been in the high security zone.