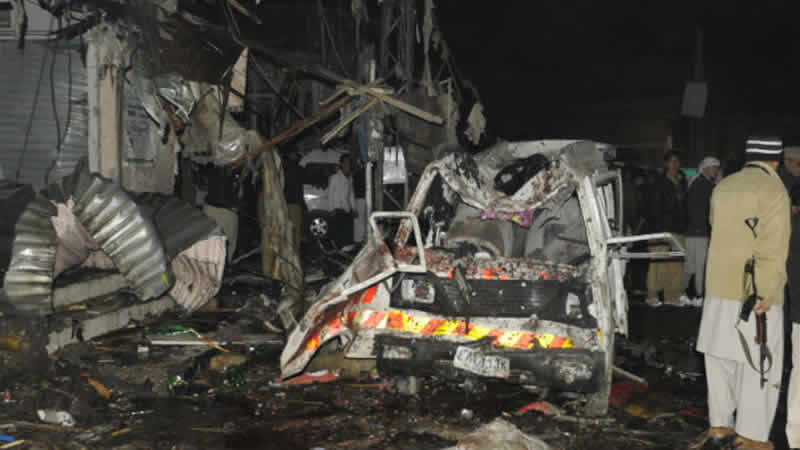 In its press release HRCP went on to state that the killing of lawyers is absolutely unacceptable and outrageous and the condemnation of the incident in Quetta or calling it the work of a foreign intelligence agency is not enough. It is the responsibility of the state to protect the lives of all citizens, the rights body said. The people are justified in asking where were our security agencies when these actors, foreign or Pakistani, were plotting or causing mayhem in Quetta. The government must go beyond calling Monday’s terrible events a security lapse and explain why it has failed to prevent such a terrible attack.

How does the government plan to ensure that its counter-terrorism plan actually prevents terrorism? It is particularly important to focus on security of citizens in Balochistan, where signs of some let up in violence over recent months had fuelled hopes, apparently prematurely, for a return to normalcy,” HRCP stated. The human rights body added, “The fact that the reprehensible attack that caused large-scale casualties on Monday occurred in a hospital, which are not supposed to be targeted even during wartime, must spur the authorities into taking action against militants of all shades.

This is not the first time either that a hospital has been attacked in Quetta after victim from an earlier attack was brought there. In June 2013, a bombing in a bus carrying Sardar Bahadur Khan Women’s University students was followed by gun-and-bomb attacks on Bolan Medical College hospital when the victims were brought there for treatment. The failure to provide adequate security at the hospital in the circumstances is highly regrettable.” The commission urged the federal government to make sure that the resources are utilized for protecting the lives of all citizens. HRCP said, “No amount of money could make up for the loss of the bereaved families, but the least the government can do now is give adequate compensation to the families of the victims and the injured so that at least their financial needs are met at this difficult time.”