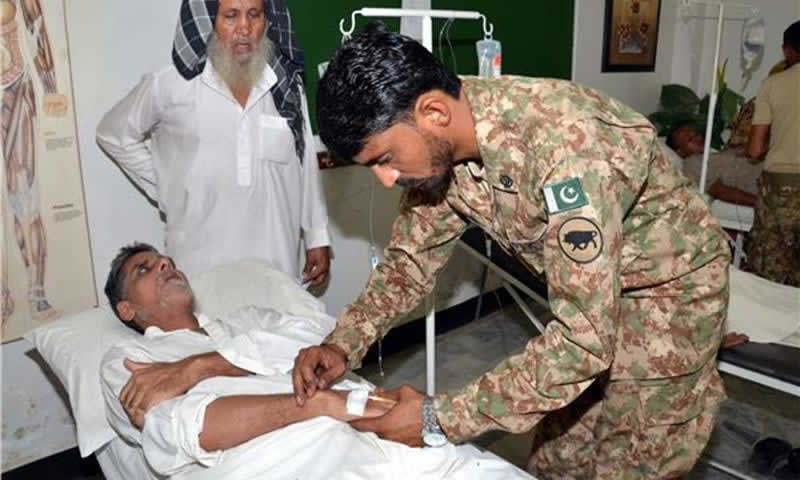 Hundreds of people from far-flung areas visited the medical camps where teams of army’s doctors, including lady doctors, were present to examine the patients. The medicines prescribed to patients by the camps’ doctors were provided free.

The Army also donated over 500 schoolbags and cricket and football kits to children and youngsters who visited the medical camps. A tribal jirga comprising 260 elders of different tribes was held and senior army officials attended it. The jirga reviewed problems being faced by local people and appealed to the provincial government to reopen 11 underground water channels (Karez) in Nok Jo area so that people could obtain water for drinking and irrigation purposes.

The water channels were closed when an earthquake hit the remote area of Awaran district on Sept 23 and 28, 2013. The jirga called on the government to remove debris of shops destroyed by the strong jolts so that the owners could reconstruct them and resume their businesses. It also asked the government to ensure availability of medicines at the Nok Jo Basic Health Unit and appoint a dispenser there. It called for repair of Gajjar-Nok Jo road on a priority basis.