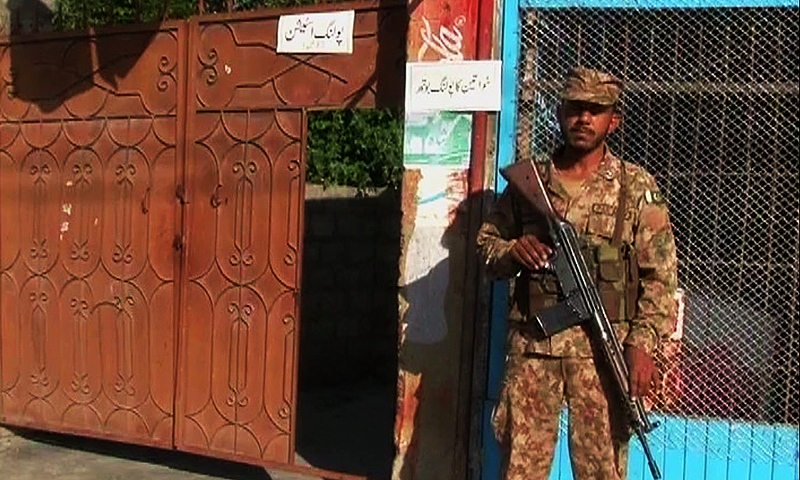 The PML-N was ahead of other parties in the initial unofficial results of the elections for the Gilgit-Baltistan Legis­lative Assembly held on Monday.

According to unofficial re­su­lts received till midnight, it had won seven of the 24 GBLA seats, Majlis-i-Wah­datul Muslimeen (MWM) four and PPP one.

Former GB chief minister Syed Mehdi Shah of the PPP lost the GBLA-7 (Skardu-1) seat where PTI’s Raja Jalal Huss­ain Maqpoon was leading with 3,219 votes with PML-N’s Haji Akber Taban having secured 3,166 till midnight. In Gilgit, Advocate Iqbal of the PML-N won the GBLA-3 seat and Mohammad Ali and Rizwan Ali of MWM GBLA-4 and GBLA-5, respectively. PML-N candidate Muham­mad Wakeel won the GBLA-18 (Diamir) seat. Amjad Hus­sain of the PPP was leading in GBLA-1 and PML-N candidates Hafeezur Rehman and Mir Ghazanfar were ahead in GBLA-2 and GBLA-6.

he elections were held peacefully all over the region under the supervision of the army. The polling started at 8am and closed at 4pm. Long queues of voters were witnessed at almost all polling stations in all seven districts. There was enthusiastic participation of women in most of the constituencies. In Skardu, 800 soldiers and 950 policemen were deployed in the 279 polling stations to ensure that the elections were held peacefully and in a free, fair and transparent manner. Chief Election Commissioner of Gilgit-Bal­tis­tan retired Justice Syed Tahir Ali Shah thanked all political parties for their cooperation in conducting peace­ful and transparent elections. In an interview to a news channel, he said no complaint of irregularity or rigging was reported from any constituency. He termed it a big achievement. He said he was satisfied with the law and order situation in the region and no unpleasant incident was reported from anywhere. He said the turnout was healthy which showed that people were now aware of their political and democratic rights.