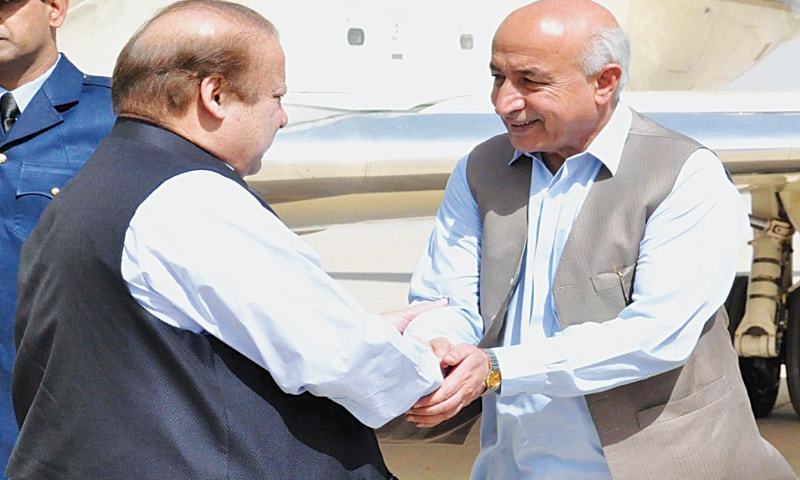 Prime Minister Nawaz Sharif has said that foreign forces, with the help of local elements, have been promoting terrorism and violence in the country.

Addressing an all-party conference here on Tuesday, he said Pakistan had suffered $110 billion losses in the war on terror over the past few years, but “we are determined to eliminate terrorism and extremism from our country”.

The APC on the security situation in Balochistan was convened by Chief Minister Dr Abdul Malik Baloch in the wake of the Mastung carnage. The prime minister said the Mastung massacre was a great tragedy, but leaders of Baloch and Pashtoon communities demonstrated patience and farsightedness to keep the situation under control. “The enemy wants to divide us on sectarian and ethnic grounds by pitting one sect against the other,” he said. He said the law and order situation in the province had improved to a great extent during the past two and half years. Political and military leaderships were working together to thwart the enemy’s nefarious designs, he added. “Complete peace has not been restored but a change is visible because of efforts made by the provincial government.” Mr Sharif said it was a good omen that all political parties and stakeholders unanimously supported the China-Pakistan Economic Corridor. Referring to India’s objection to the $46 billion CPEC project, he said the Chinese leadership had also rejected Delhi’s stance.

It is difficult for the enemy to see Pakistan moving forward on the path of development, “but we will achieve the goal of progress and prosperity”. He said the political leadership decided to set up speedy courts and devise a National Action Plan and implement it. “Our enemy wants to damage our political harmony,” he said. The prime minister said that earlier in the day he presided over a meeting on security situation and the participants assured him that adequate steps would be taken to make Balochistan a peaceful province.

The Balochistan governor, chief minister, federal and provincial ministers, the Commander Southern Command and heads of intelligence and law-enforcement agencies attended the meeting at the Governor House. Mr Sharif said Quetta used to be a peaceful city visited by people from other parts of the country in the summer. “I remember that Quetta’s water was famous for its good taste and health benefits.” He said the Zarb-i-Azb Operation had achieved success and now people displaced from tribal areas had started returning to their homes.