Blast kills One, Wounds 10 in Quetta 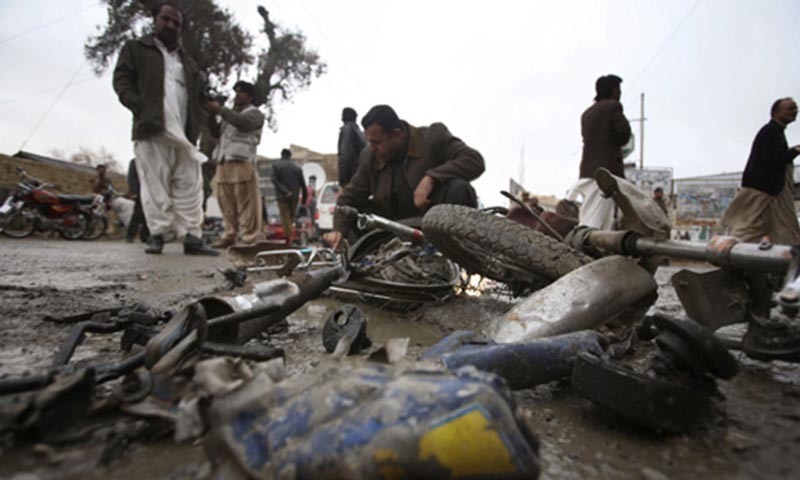 At least one person was killed and 10 others were wounded on Thursday morning in an explosion near Sabzi Mandi in Quetta’s Satellite Town area.

Security and emergency teams reached the blast site. Security forces cordoned off the area as a probe into the incident went underway.

A senior police official, Imran Qureshi, told Media that the bomb was planted in a Suzuki car and added that that the motive and target of the attack was not known yet. He confirmed that one person had died and ten were wounded in the blast and further said that all the victims were civilians. The casualties were shifted to Civil Hospital Quetta where the condition of one wounded was reported as critical.

Reports of gunfire were also received following the loud blast. There was no claim of responsibility for the attack. There were view people present in the area, which is normally a bustling whole-sale market. The incident comes a day after unknown militants had killed two policemen in Quetta’s Shalkot area.

Balochistan, Pakistan’s resource-rich and largest province by area, suffers from an upsurge in sectarian violence and attacks by separatist militants. Armed militants have targeted security forces and pro-government politicians for over seven years in the province which borders Afghanistan and Iran. -dawn