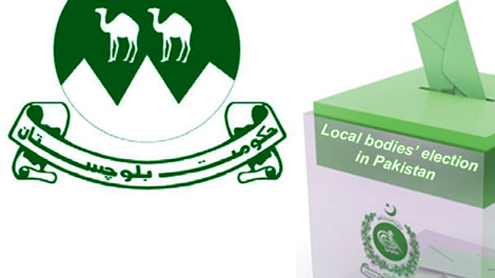 The Commonwealth has praised the government of Balochistan for holding local bodies’ elections in the province last month, a highly placed source told The Express Tribune, while requesting anonymity.

Carl Wright – secretary general of Commonwealth Local Government Forum (CLGF) of the association of the 53-states – has sent a letter of appreciation to Balochistan government for holding of local bodies’ elections in the province on December 7, 2013.

“On behalf of the Commonwealth Local Government Forum (CLGF) and on my own behalf, I wish to congratulate you and the government of Balochistan on taking the lead in Pakistan and successfully holding the much awaited local government elections,” he wrote to the provincial minister Sardar Mustafa Khan Tareen on December 23, 2013 in his letter, available with The Express Tribune.

“The CLGF is appreciative of the fact that the 18th constitutional amendment has provided valuable opportunities to the provinces including in the area of local governance and stands committed to working with your government in furtherance of democratic local government,” reads the letter.

The Commonwealth official has voiced hope that there will be opportunities in the near future to strengthen the institutional linkage between the government of Balochistan and the CLGF. “We will be pleased to explore this interaction further,” he added.

Meanwhile, another official in Quetta told The Express Tribune that the provincial government was pleased over this appreciation letter by a world body but decided not to make it public for unknown reasons.

“The decision of not making the Commonwealth letter public might be aimed to save the federal government from embarrassment,” the official said.