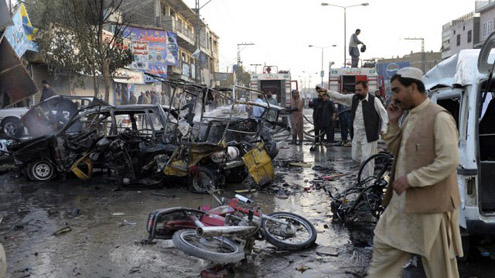 A blast in Quetta killed four and injured 15 others on Thursday morning, The explosion took place in a market on Sarki Road.

Security forces cordoned off the area, while the injured – including three FC personnel – were taken to nearby hospital for medical assistance. According to initial details, a security forces’ vehicle was the target.

Police have started their initial investigation and collected evidence from the blast site. Nearby buildings were also damaged due to the intensity of the blast. -Tribune