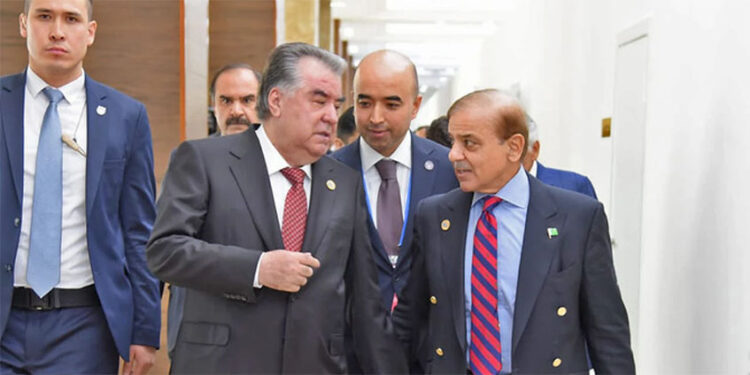 ISLAMABAD: President of Tajikistan Emomali Rahmon left here for his country after concluding his two-day official visit to Pakistan.

During the visit, Pakistan and Tajikistan agreed to further deepen the bilateral relationship and to raise it to strategic cooperation. It was agreed that a bilateral Strategic Partnership Agreement will be finalized at the earliest.

“The modalities for the bilateral Strategic Partnership Agreement will be finalized during the intervening period before the visit of the prime minister of Pakistan to Dushanbe,” the Foreign Office spokesperson said at a weekly press briefing.

A number of Agreements and MOUs were signed in the areas of industry and new technologies, transit trade, combating trafficking in narcotics, cooperation between customs authorities on the establishment of electronic data interchange, research in the field of water resources, and cooperation in education.

The two sides reaffirmed their commitment to complete connectivity projects like CASA-1000 to open new avenues for future energy corridors.

“As our closest neighbor in Central Asia, Tajikistan is an important partner for Pakistan. We believe that the ongoing visit of President Rahmon to Pakistan and the Prime Minister of Pakistan to Dushanbe next year will advance cooperation and understanding between our two countries,” the FO spokesperson said.