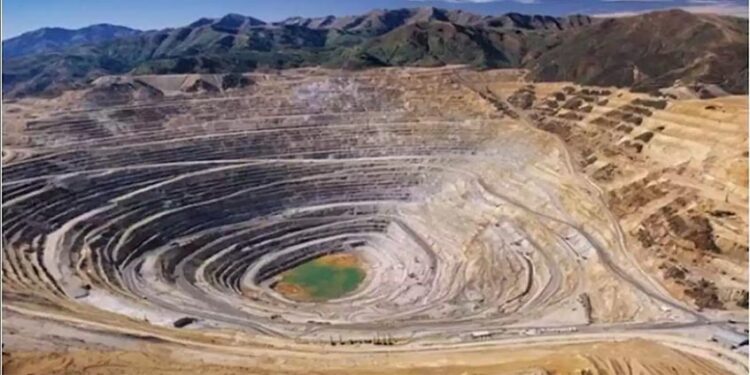 ISLAMABAD: The federal cabinet on Tuesday formally accorded its approval to the signing of final deal over Reko Diq project, thus paving way for inking of the final agreement on December 15.

After the approval given to the ministry of petroleum and other relevant ministries and with its final signing, the agreement over Reko Diq project would be implemented.

Addressing the participants, the prime minister said that the government of Pakistan would ensure protection of the rights of investment in Reko Diq project and all other investors and would fulfill its commitment in this regard.

The federal cabinet endorsed a decision of the Economic Coordination Committee taken on 11 December regarding Reko Diq project funding plan.

The meeting was apprised that for the settlement of the agreement of Reko Diq project, a legal opinion was solicited from the Supreme Court through filing of a presidential reference under Article 186 of the Constitution.

The Supreme Court on December 9 had given an opinion, observing that the reconstitution process of Reko Diq project was transparent and the agreements signed in this regard were legal under the relevant laws.

Supreme Court’s advice was already sought over the Foreign Investment (Promotion and Protection) Bill, 2022 (Amendment Act) being under discussion in the parliament, it was added.

The meeting accorded approval to the inking of final agreements over the settlement of Reko Diq project upon the recommendation of Petroleum Division. In this regard, under Rules of Business 1973, the secretary/additional secretary petroleum division were given a nod to sign the said deal on behalf of the government of Pakistan.

The cabinet approved the regulatory framework for the state-owned enterprises (SOEs) and its special purposes vehicles (SPVs), the government of Balochistan SPVs and Reko Diq project company.

The meeting was apprised that with the consensus of allied parties, it was agreed that the legislation was related to the extent of Reko Diq project only.

The committee would hold discussions with the leaders of the allied parties and would remove their apprehensions by taking them on board. It was further agreed that in consultations with the relevant parties, the amendment would be made.