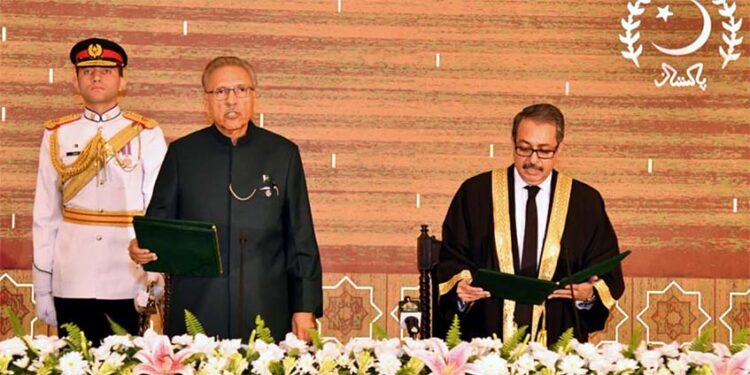 ISLAMABAD: President Dr Arif Alvi on Friday administered the oath of office to Justice Aamer Farooq as the Chief Justice of Islamabad High Court (IHC), at an oath-taking ceremony, held at Aiwan-e-Sadr.

The President had approved the appointment of Mr. Justice Aamer Farooq, Senior Puisne Judge, JC as Chief Justice of Islamabad High Court, under Article 175A (13) of the Constitution of Pakistan, 1973.