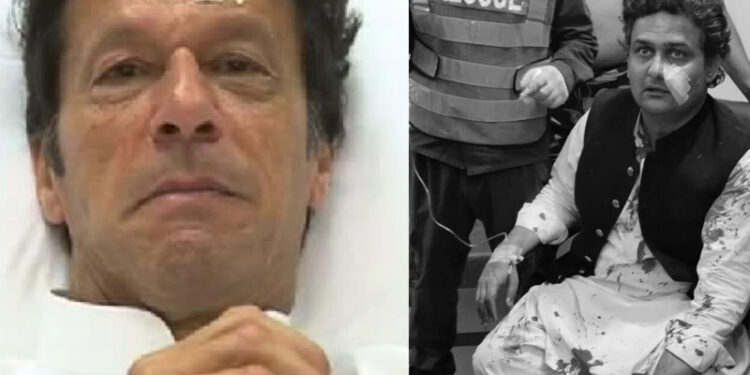 PTI Chairman Imran Khan is leading an anti-government long march toward Islamabad with Khan now saying that the protest march will continue for another 10 months till the date for elections is announced.

This is the PTI chair’s second march toward Islamabad after he was ousted via a no-confidence motion earlier this year.

The political instability in Pakistan has also fuelled economic uncertainty, with international rating agencies questioning if the current government can maintain difficult economic policies in the face of political pressure and looming elections.

PTI leader Shahbaz Gill took to his Twitter handle to want the suspected assailants that party chief Imran Khan is their red line and attackers have tried to cross that red line.

Gill maintained that Khan will fight till his last breath, adding that the Haqeeqi Azadi March will continue.