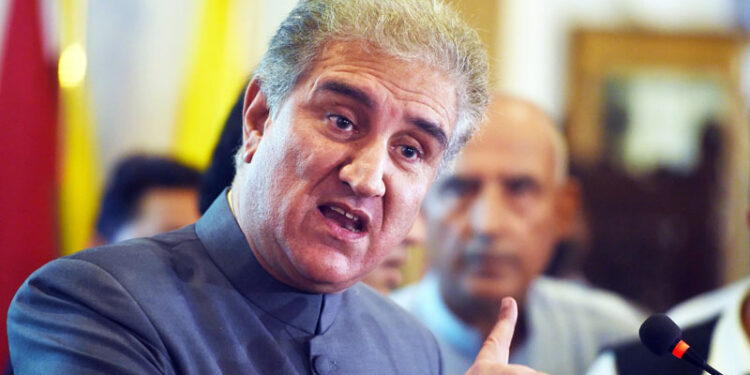 India’s unidentified supersonic missile had crashed in Pakistan’s Mian Channu, according to the military spokesman on Thursday.

FM Qureshi said Pakistan would discuss with the P-5 representatives the situation and India’s repeated violations.

Terming India’s violation of Pakistan’s air space an act of aggression, he called upon the international community to take notice of the situation.

In a statement, the foreign minister said the Indian charge d’affaires had been summoned to the Ministry of Foreign Affairs on the second time violation of the same kind.

FM Qureshi said the act had endangered human lives as the aircraft of Saudi Arabia, Qatar and the domestic flights of Pakistan could be hit by the missile.

He said India would have to be answerable to its aggression, adding that Pakistan would always be ready to counter it.

He mentioned that the ruling party in India was promoting Hindutva policies, adding that 21 members of the EU parliament had written a letter to the Speaker of Lok Sabha on the deteriorating human rights situation.

The foreign minister said Pakistan had exposed the double standard of India before the world.

He said Pakistan was in favour of maintaining good relations with all neighbours including India, however, would not compromise on its sovereignty.