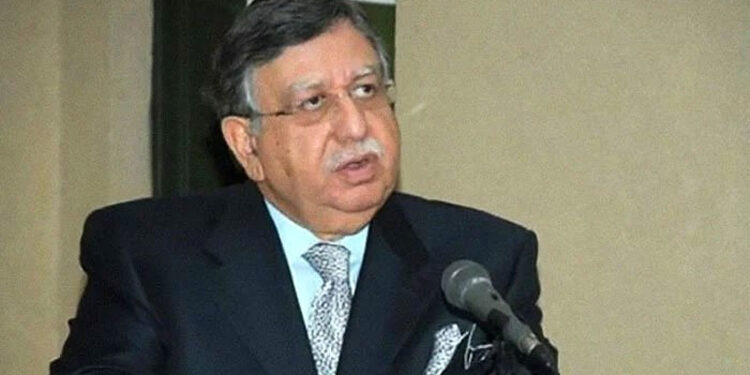 The increase in inflation is because of the International Monetary Fund’s (IMF) programme, said Federal Minister for Finance Shaukat Tarin on Wednesday, assuring the media that the government will provide direct subsidies on food items to the poor people.

Addressing a press conference, Tarin said: “Around 50% difference was recorded in the price of ghee globally, while we [Pakistan] kept the difference around 30%. The price of wheat recorded an increase of 13.5%.”

“We [government] will give subsidy on ghee, bearing the burden of additional prices on imported ghee,” he said, adding that the government will give direct subsidy on food items to the poor people.

The finance minister further disclosed that the cash subsidy will be given to 40 million people.

Shedding light on the issue of cartelisation, Tarin stated that the middle man is earning 300-400% money. “Competitive Commission of Pakistan (CCP) will take action against cartelisation of food items; moreover, the system of food control inspectors will be restored,” he added.

Addressing the issue of currency devaluation, the minister cited rising oil prices and the import of vehicles as major reasons behind the depreciation in the value of the rupee.

“The US dollar is being traded to Afghanistan and when the exporters have a negative currency outlook they prefer to keep their money outside the country,” he maintained.

Tarin reiterated that Prime Minister Imran Khan has directed the ministry to make medium and long-term plans to control crisis.

“Kamyab Pakistan Programme will be launched by the end of this month under which 42% people belonging from the low-income group will be provided food subsidies,” he revealed.

Tarin concluded the press conference by saying that he will continue to work as the finance minister.