Tajikistan to buy weapons from Pakistan 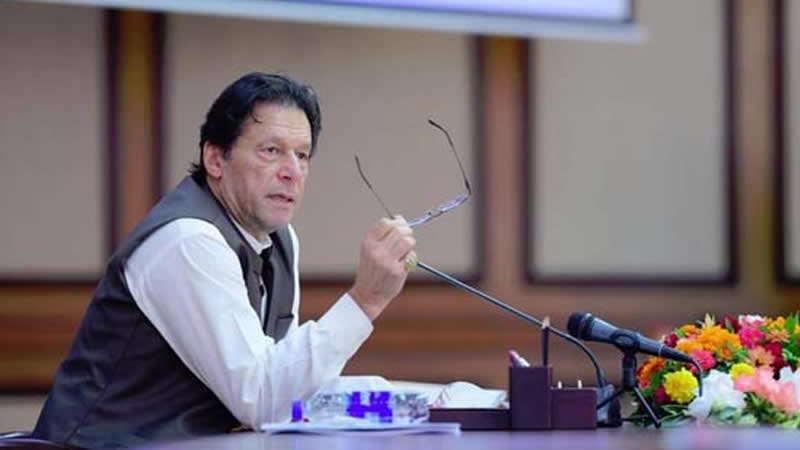 Prime Minister Imran Khan, while speaking alongside visiting Tajikistan President Emomali Rah­mon after witnessing the sig­ning of bilateral memorandums of understanding, said defence cooperation was an important element of bilateral ties and Tajikistan’s requirement of weapons made in Pakistan was discussed in their meeting and an MoU for their sale was signed.

Mr Rahmon is on a two-day official visit to Pakistan.

“The two leaders noted with pleasure the growing bilateral cooperation in the field of defence and security and reiterated their resolve to further boost the same in order to overcome the common security challenges faced by the two countries and the region as a whole,” a joint statement issued by the two sides said.

The two sides are seeking to enhance their cooperation in counterterrorism, combating cross-border organised crime and human and drug trafficking.

Both sides agreed to convene the next meeting of the Joint Working Group on Countering International Terrorism at an early date and to enhance cooperation against terrorism and extremism.

“We have signed MoUs that would help trade grow and inc­rease connectivity between the two countries, which in turn would also help trade,” PM Khan said.

He emphasised the need for a political settlement in Afghan­istan. “Peace in Afghanistan is important for both trade and connectivity. Both countries would suffer if the withdrawal of US forces leads to anarchy,” he said, adding that there are also fears of terrorism growing if Afghanistan slides into anarchy.

“It is in the interest of both countries that a political settlement is reached in Afghanistan so that there could be stability,” he maintained.

The prime minister called for a consensus government in Afghanistan which can ensure peace and stability.

The joint statement underscored the agreement between the two sides on the need for “Afghan-owned and Afghan-led resolution of the conflict through an inclusive negotiated political settlement”.

Besides Afghanistan, Prime Minister Khan said the other common challenge facing the two countries was that of climate change and water shortage resulting from melting of glaciers.

The two sides decided to work together for tackling the issue.

“The two leaders also discussed the adverse effects of climate change and environmental challenges in the region and agreed to step up efforts and adopt joint measures. The prime minister recognised the role of Tajikistan in the field of water diplomacy by hosting international moots in recent years to draw the attention of the international community towards better management of water resources,” according to the joint statement.

Pakistan supported the Tajik president’s proposal for declaring 2025 as the International Year of Glacier Protection.

President Rahmon expressed his country’s special interest in bilateral cooperation on energy-related projects, including CASA-1000. He conveyed his country’s interest in joining regional transport corridor projects and access to Karachi and Gwadar seaports.

Tajik President Rahmon and Prime Minister Khan signed a joint declaration on next steps in building strategic partnership for regional solidarity and integration.

“While expressing satisfaction at the steadily growing relations between Pakistan and Tajikistan, the two leaders expressed their resolve to elevate bilateral ties to a new level of strategic cooperation for the mutual benefit of the two countries and peoples,” the joint statement said.