Troops fan out across 16 cities to combat Covid 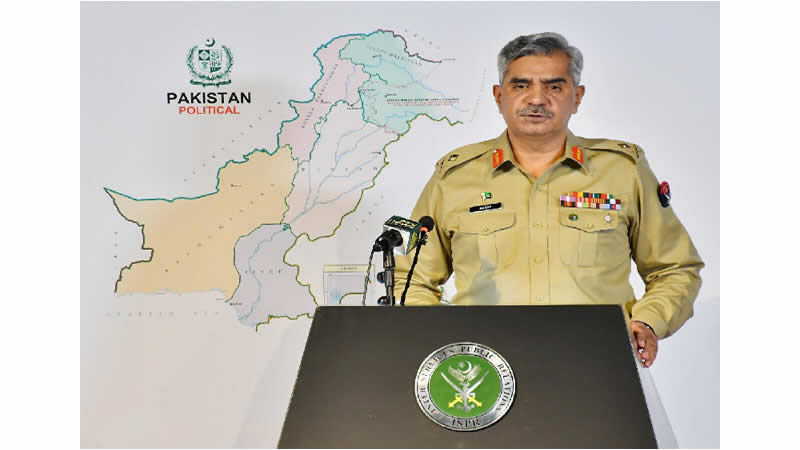 The army on Monday announced the deployment of soldiers in 16 cities most-affected by the coronavirus to help the local authorities ensure compliance with the standard operating procedures (SOPs) devised to control the spread of the coronavirus pandemic.

Major General Babar Iftikhar, the director general of the Inter-Services Public Relations (ISPR), said that the troop deployment in cities where the positivity rate reached “dangerous” levels, had been made in accordance with Article 245 of the Constitution.

“In order to combat the deteriorating situation of the epidemic and in light of the orders of the federal government, Pakistan Army is being called to support civilian institutions in the battle against coronavirus as per Article 245 of the Constitution,” he told a media briefing in Rawalpindi.

“Today [Monday] from 6am, armed forces have been sent to every district to assist the civil administration,” he said. “To help the civil government and assist law enforcement agencies is the primary purpose of the deployment of troops.”

The ISPR chief told reporters that teams had been deployed at every administrative level. “At the division level, the team [of armed forces] will be headed by a brigadier level officer and at the district level, by a lieutenant colonel,” he said.

Maj-Gen Iftikhar also announced that the army had decided not to claim any internal security allowance during this deployment as it had earlier. “Pakistan Army will take every possible measure to cope with the challenge posed to public health by the epidemic,” he said.

The troop deployment was ordered by Prime Minister Imran, while chairing a meeting of the National Coordination Committee (NCC) on Covid-19 on Friday last. During the meeting, the prime minister regretted that there was a growing disregard for the coronavirus-induced SOPs.

Consequent upon the NCC decision, Interior Minister Sheikh Rashid confirmed in a video statement on Sunday the deployment of armed forces in all provinces and regions, except Sindh, to ensure adherence to Covid-19 SOPs.

With ballooning covid fatalities across Pakistan as the country’s health infrastructure struggles to keep afloat, the Pakistan army has taken to the streets to ensure standard operating procedures are followed.#etribune #PakArmy #COVID19 pic.twitter.com/PT9NnnNDnE

Sindh [is] not yet a part to this [army deployment],” Rashid said. But later, the Sindh government had also written a letter to the federal government, seeking deployment of army in the province.

At the media briefing, the ISPR director general warned that the ongoing third wave of Covid-19 was “much more dangerous and fatal”. He said that the pandemic was affecting the whole world, especially the South Asian region.

The death toll from the pandemic had increased to 2.16% for the first time since the pandemic started in the country in February last year, he said, adding that 570 patients were on ventilators whereas condition of 4,300 was critical.

The ISPR director general said that the trust reposed by the people of Pakistan was “a priceless asset” for the armed forces, adding that the apex committee meetings would be held on a weekly basis to review the Covid-19 positivity rate in the cities.

Maj-Gen Iftikhar explained that civilian institutions were responsible for implementing the SOPs and maintaining the law and order situation, however, the army would fully assist them in this regard.

He urged the masses to show compassion towards the people around them during the holy month of Ramazan. “The blessed month teaches us compassion and discipline. We can remedy each other’s problems by ensuring safety measures in homes, mosques and all other places.”

He reminded that the cooperation and sense of responsibility of the people since the beginning of the pandemic in February 2020, protected the nation from its most dangerous harms as compared to other countries. “Still as a nation we have to show more caution and responsibility than ever before.”

Justice Isa off the hook, finally