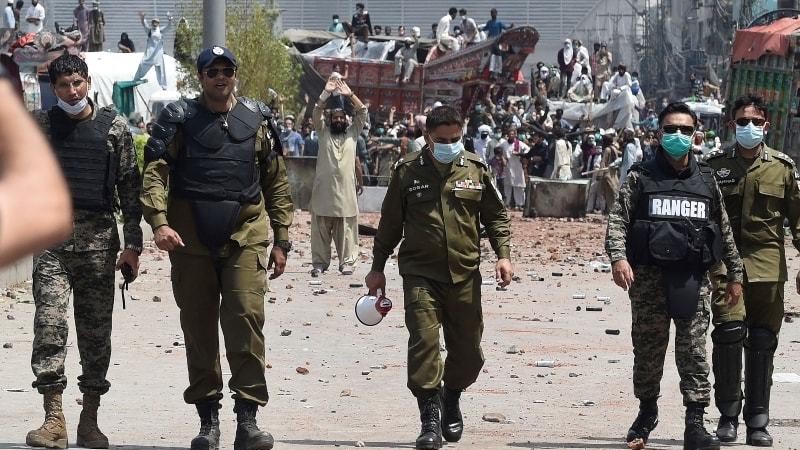 The Punjab police senior command seems upset at what it calls ‘premature and unnecessary accord’ between the government and the banned Tehreek-i-Labbaik Pakistan (TLP).

Some senior officials said the decision of the government not only demoralised the police force but also gave a message to such groups that “the state may withdraw any step any time on any pressure”.

The police officers warned that the release of hundreds of activists of the proscribed TLP [without punishment] would be disastrous for the personnel who took part in the operation.

Commenting on the issue, police officers alleged that the accord “disgraced” the sacrifices of the force which has always been used as ‘scapegoat.’

They lamented that the successive rulers had been using police for political interests.

“The police force is first launched and then abused”, one of the senior police officers commented without mincing words while talking to this reporter in the wake of the TLP-government agreement.

He said the Punjab police’s senior command had showed [in many formal and informal meetings] strong resentment on the ‘deal’ of the government to release activists.

Particularly reaction of the Punjab police officers came when Federal Interior Minister Shaikh Rasheed read out details of the accord and released a video statement in this regard.

In the video statement, the minister said the government has agreed to release all the activists who were placed in old and new Fourth Schedule.

The police official said in response to the call for protest/sit-in given by TLP, its supporters had blocked 115 areas/roads across Punjab, including 22 in Lahore.

Except one, all others had been uprooted by the law-enforcement agencies (LEAs) without resorting to any bloodshed.

“Undoubtedly such a large-scale protest could have resulted in hundreds of casualties”, he said.

However, four policemen sacrificed their lives in the line of duty while around 1,000 others were injured.

Several police vehicles were torched, buildings were attacked and policemen were kidnapped and tortured by the activists of the TLP across the province.

On April 18, he said, the ‘miscreants’ attacked Nawankot Police Station and injured and kidnapped officials of the police and the Rangers.

Hundreds of FIRs were lodged with heinous charges but the government seemed to be indifferent towards plights of the police force, the official commented.

“The state, after an ‘illogical’ deal, has thrown our police force in front of the extremists of a proscribed organisation. Can there be anything more cruel and exploitative?”, he said.

He declared the accord an unprecedented decision and a step towards a failed state.

The Punjab government released on Tuesday 734 out of total 5,500 supporters, workers, activists and leaders of the TLP who were arrested/detained from all over Punjab.

“TLP chief Saad Rizvi was nominated in many cases lodged under murder, abduction and other heinous charges”, the senior official said.

Indonesian submarine, with 53 on board, goes missing