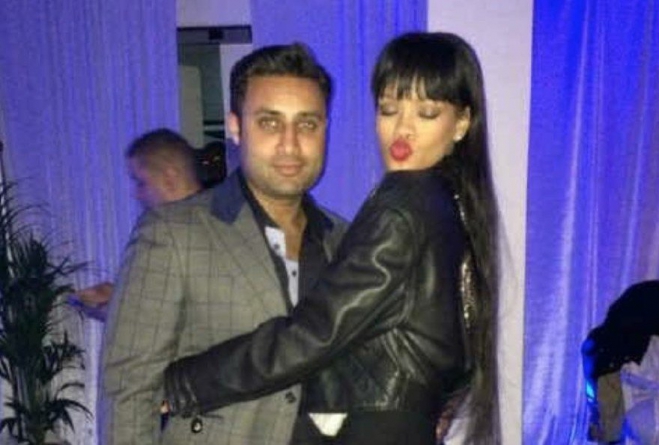 Rihanna on Tuesday created a flutter in India by wading into months-long farmer protests against Prime Minister Narendra Modi’s agricultural reforms. Tens of thousands of young and old farmers have blocked roads leading into New Delhi for more than two months, sheltering in tractors from the cold.

A tractor rally by farmers last week in New Delhi turned violent. Police responded by shutting down the internet, digging ditches, driving nails into roads and topping barricades with razor wire to prevent farmers from entering the capital again.

“Why aren’t we talking about this?” Rihanna said in a Twitter post, sharing a CNN article on the demonstrations with her 101 million followers on the platform, using the hashtag #FarmersProtest.

Rihanna’s tweet triggered an online storm in India with many lauding her while others claimed she was being unreasonable. Then there was a bunch that started calling RiRi a ‘Pakistani agent’. Adding fuel to that fire, were people who discovered an old picture of Rihanna and Zulfi Bukhari.

Funniest thing on the internet today! Rihanna took “Indian Farmers” side while the whole Bollywood is supporting Modi. Now, Modi supporters are saying that Rihanna is an agent of Pakistan just because she met Zulfi Bukhari! They are literally convinced! ? pic.twitter.com/8OXXgDMrPY

Funnily enough, most of the tweets against the singer are quite redundant and seemingly representative of an online campaign. Albeit it’s not clear when the picture of Zulfi and Rihanna was taken, but reports indicate that it was taken in September 2018.

Well said & well done.
That’s because they’ve blocked all credible media in India.
Not just with the farmers but also with the oppressed Kashmiris.#FarmersProtest https://t.co/rrmFjyyrl8

But the Indian government has called the farmers’ protest an “internal matter.” In an official statement, the Indian foreign ministry said that celebrities needed “a proper understanding of the issues”.

“The temptation of sensationalist social media hashtags and comments, especially when resorted by celebrities and others, is neither accurate nor responsible,” read the statement, with the hashtags #IndiaTogether and #IndiaAgainstPropaganda.”

“We would like to emphasise that these protests must be seen in the context of India’s democratic ethos and polity, and the efforts of the Government and the concerned farmer groups to resolve the impasse,” it added.

The Indian government has also activated its PR efforts with several Bollywood bigwigs including Karan Johar, Ajay Devgn and Suniel Shetty urging their Indian followers not to let anyone divide the country or fall for “false propaganda”.

Lets stand united against any propaganda. Together we can and we will! #IndiaAgainstPropoganda #IndiaTogether https://t.co/4PhlCCowz4