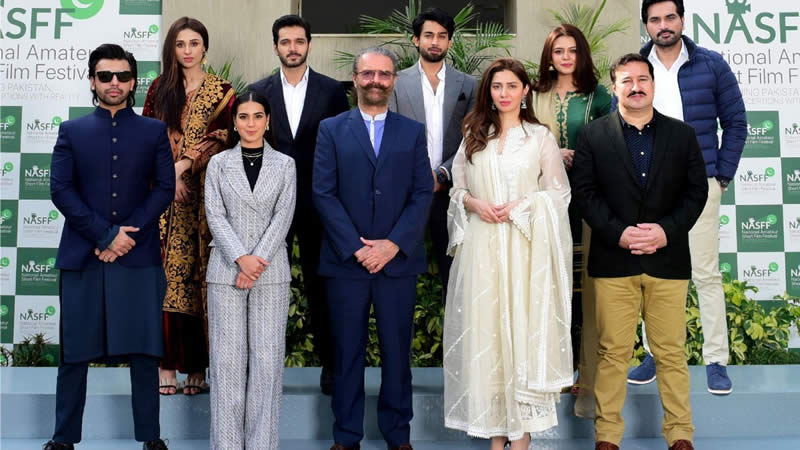 The first National Amateur Short Film Festival (NASFF) is being organised to provide an opportunity to young film-makers from across the country. The winners of the competition will be awarded prestigious scholarships in film schools across the globe.

According to the festival’s official website, NASFF has been conceived to accrue local talent willing to produce high quality short films projecting the ‘real’ image of Pakistan. The festival, under the auspices of the ISPR, will test the students’ potential to re-imagine the country, with the finale being held in April 2021.

Elaborating on the vision and prospects of the festival, Majid Saeed, a film-maker and professor at the National College of Arts (NCA), told media, “The reason for initiating this festival is to project a positive image of Pakistan on the global map.”

Saeed, who’s also part of the organising team, explained how the festival aims to highlight the diversity and richness of our culture. “Such informative festivals also play a vital role in providing a productive platform to the young talent of our country,” he added.

He went on to assure that the winners of this festival are bound to get a chance to study in world’s renowned film schools as an acknowledgement for their work. “This will boost their passion and motivate them to work hard in the field of film, both locally and internationally,” he continued.

“Unfortunately Pakistan is misrepresented in the global media and its image needs to be ameliorated so its potential can be realised,” Saeed said. He continued to assure that if Pakistan’s generosity, hospitality, culture, historical and natural sites are brought to the knowledge of the people around the globe, then it will benefit several within the country.

The ambassadorship of NASFF is being helmed by a stary line-up in its own accord. Humayun Saeed, Mahira Khan, Gulsher Khan, Bilal Abbas, Iqra Aziz, Wahaj Ali, Zara Noor Abbas, Farhan Saeed and Ayub Khosa have announced their affiliation with the festival.

“Glad to be the Karachi’s brand ambassador for the National Amateur Short Film Festival,” wrote the Meray Paas Tum Ho actor. “Kudos to #NASFF for recognising and developing the proficiency of ambitious film-makers across Pakistan! If you have the knack for films and television and want to produce some quality content then this is your stepping stone,” he assured.

Khan also uploaded a picture with her fellow industry members and wrote, “There are so many young artists who come to me all the time wanting to direct, act, write stories etc. I’m so glad that I can be part of this initiative along with all my other colleagues.” She went on to add, “NASFF is a great step forward in stimulating the youth of Pakistan, who aspire to be innovative filmmakers. With opportunities like these, there is so much creative room to explore talents beyond the traditional approaches.”

Aziz also shared the picture alongside the bigwigs writing, “Getting an opportunity to study your creative field with a full scholarship at one of the top film making institutions in the world would be a dream come true right? #NASFF is the right place to be for all the budding creative minds that are ready to break the norms. I am super ecstatic to be a part of it!”

Abbas followed suit, “Nasff is bringing a vast wave of ingenuity that will change the future for our aspiring film-makers. With this film festival, many young individuals will have the opportunity to showcase their art like never before.”

With respect to the guidelines of the festival, films entering the competition can be of any genre provided that they are original, and produced after January 1, 2018. Fiction films, documentaries and even animated productions with duration of about 12 minutes can be submitted, while experimental films are exempted from time limitations.

Film-makers have the liberty to write in multiple languages – with mandatory English subtitles. All entries require copyright protection and every film-maker is allowed to submit a single film in each theme mentioned on the website. However, once submitted, the film(s) cannot be withdrawn.

Furthermore, the festival promises no screening or registration fee, with the submissions deadline being January 1, 2021. Whereas the submissions for projects are to continue till March 10 next year.