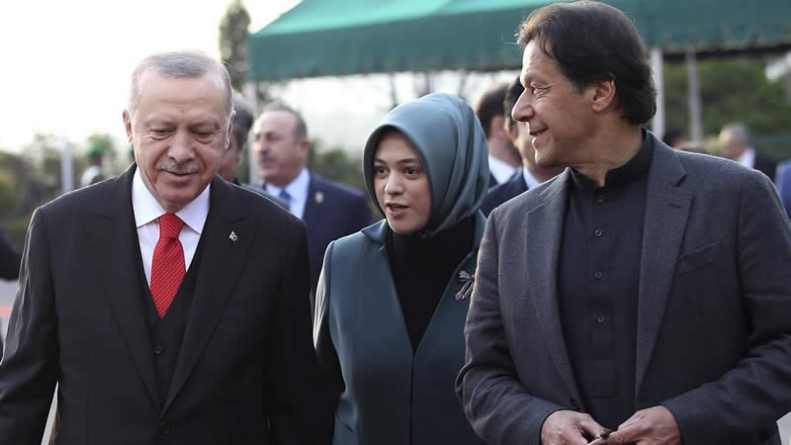 During the telephonic conversation, leaders of the two countries reaffirmed their commitment to further fortify bilateral cooperation in all areas.

Prime Minister Imran congratulated President Erdogan on re-opening of Hagia Sophia for prayers and informed him that millions of Pakistanis watched it live on television, according to a statement of Ministry of Foreign Affairs. The two leaders also exchanged views on a range of important issues, it added.

Prime Minister Imran appreciated Turkey for its role in the global fight against Covid-19 and for extending support to a number of countries, including Pakistan.

The premier also briefed President Erdogan on the government’s strategy to contain the spread of Covid-19 in Pakistan and the particular focus on saving lives, securing livelihoods, and stimulating the economy.

The two leaders also discussed need for Pakistan and Turkey to jointly work for medicine development.

Pakistan deeply appreciates Turkey’s steadfast support for the just cause of Kashmir, which President Erdogan reaffirmed during his address to the joint session of parliament in February 2020.

Prime Minister Imran and President Erdogan agreed to stay in close contact on all issues of common interest.

President Erdogan, during his telephonic conversation with President Arif Alvi, conveyed warm greetings on the auspicious occasion of Eidul Azha.

Reciprocating the felicitations, President Alvi remarked that this year, Eidul Azha was being celebrated at a time when the international community was facing a number of challenges, including Covid-19 which had hugely impacted the global economy. He appreciated Turkey’s leading role in the global fight against coronavirus by providing assistance and support to many countries including Pakistan.

President Alvi also highlighted the plight of Kashmiris in the Indian Illegally Occupied Jammu & Kashmir (IIOJ&K), and Muslims in India who were living under the shadow of fear and discrimination. He recalled President Erdogan’s unequivocal statement before the UN General Assembly and expressed the hope that Turkey will continue to raise its principled voice on this issue as the world approaches first anniversary of illegal and unilateral actions of India in the occupied valley.

The Pakistani president added that during these difficult times, the occupation regimes continue their extreme repression in Palestine and Kashmir.

Turkish president assured that his country would continue to support Pakistan’s stance on Kashmir as both brotherly countries have similar goals. President Erdogan also invited President Alvi to visit Turkey after the Covid-19 pandemic.

President Alvi reiterated Pakistan’s steadfast support to Turkey on its legitimate interests and assured that Pakistan will continue its policy to provide Turkey with all possible support. He also congratulated President Erdogan on the re-opening of Hagia Sophia for prayers.