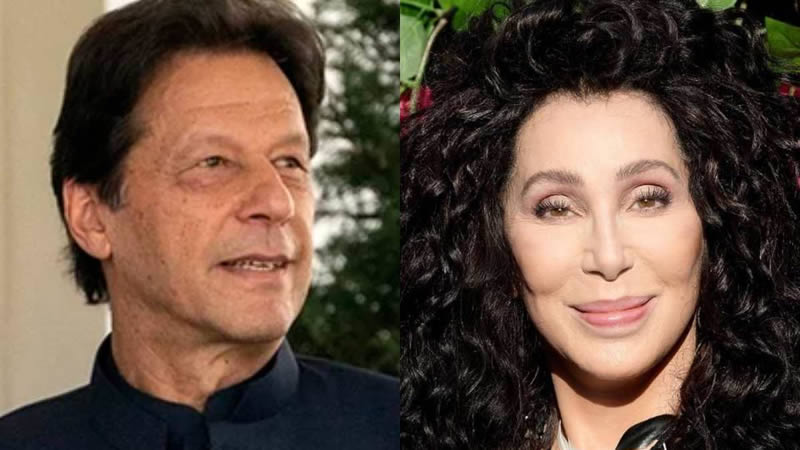 “I was a big fan of you when you played cricket, I always thought you seemed so kind,” wrote the singer.

Singer and ‘Goddess of Pop’ Cher expressed her gratitude and appreciation for Prime Minister Imran Khan after he ordered the release of lonely elephant Karavan, which had become the subject of a high-profile rights campaign backed by her.

“I was a big fan of you when you played cricket Imran Khan. I always thought you seemed so kind. Thank you so much for your help. This is a dream come true”, she posted.

She also went on to thank the Federal Minister of Science and Technology, Fawad Chaudhry.

“I am so grateful for your understanding and support to FTW,” the singer acknowledged.

Arriving as a one-year-old in 1985 from Sri Lanka, Kaavan was temporarily held in chains in 2002 because zookeepers were concerned about increasingly violent tendencies. However, he was freed later that year after a petition with 200,000 signatures demanded his release.

Previously, the star had thanked the Pakistani government after a court had ordered freedom for the lonely elephant, saying it was the “greatest moment of her life.”

“The pain and suffering of Kaavan must come to an end by relocating him to an appropriate elephant sanctuary, in or outside the country”, the decision had said.

Won’t allow apps that target others: Google on why it pulled down ‘Remove China Apps’

Won’t allow apps that target others: Google on why it pulled down 'Remove China Apps'