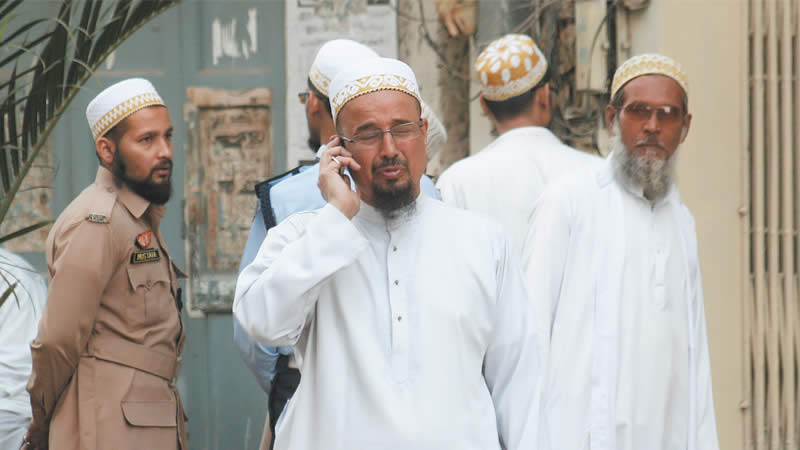 Over the years, Karachi has seen the consistent influx of immigrants from not just other parts of the country but also outside it. Today, this population of foreign immigrants is a heterogeneous concoction of Burmese, Bengali and Afghan people, among others, numbering around 1.6 million. Most of them, lacking any identification documents, are labelled ‘illegal aliens,’ living in abject conditions.

These unregistered aliens witnessed their already difficult lives, ridden with poverty, take a further hit as the government imposed a lockdown after the coronavirus reared its head in the country. Lockdown meant no work, depriving them of whatever little they earned through hard labour. What added to their predicament was the exclusion from relief initiatives introduced by the government and non-profit organisations, most of them requiring beneficiaries to produce identity documents to avail the aid.

As a result, they continue to suffer in poverty and destitution, with no means of help to survive these challenging times.

According to an estimate, these identity-less residents are spread over 60 neighbourhoods of the metropolis, a majority working as fishermen, scavengers and daily-wage workers. They are mostly concentrated in Ibrahim Hyderi, Rehri Goth, Machhar Colony, Musa Colony and slums in the vicinity of Lyari River, while a segment of them are homeless and reside under bridges.

Since the lockdown came into effect, they have found themselves in a quandary.

They are threatened with hunger as commercial activities remain largely suspended during the lockdown, keeping them out of work, and seeking assistance is conditional to having the identity documents that they lack.

Besides daily-wage workers and fishermen who have lost their livelihoods, around 200,000 Afghan scavengers have also witnessed a setback due to reduction in garbage production in the city.

It is estimated that 14,000 tonnes of garbage was generated in Karachi every day prior to the lockdown. This was a means for survival for illegal Aghan immigrants, who would scavenge though it and collect recyclable items.

Approximately 70 per cent of this waste was generated by commercial entities including markets, eateries and industries. However, with restrictions on these entities, the amount of waste generated has drastically reduced, posing a dilemma for these scavengers.

Furthermore, being deprived of aid under various initiatives, including the government’s flagship Ehsaas Emergency Cash Programme, these immigrants are fighting not just poverty, but also depression.

According to social worker Rana Asif Habib, neither the federal, nor the provincial government has initiated any relief programme to provide assistance to unregistered residents.

“Their biggest problem is the lack of identity documents… and they are already deprived of education, health and other basic facilities. The lockdown has [simply] made life worse for them,” he said.

He called for the Centre and the provincial government to devise a plan for providing assistance to them so “that their human needs can be met during this difficult situation.”

Decision to Ease Lockdown Made after Collective Consultations: CM

Decision to Ease Lockdown Made after Collective Consultations: CM