Resting the food panic amid COVID-19

by Top
in Markets, Pakistan
0 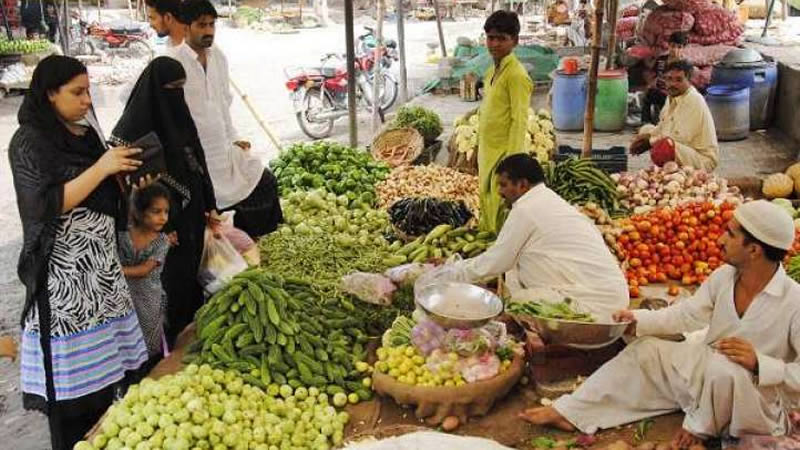 The global coronavirus pandemic has resulted in either a partial or full closure of most industries, wreaking havoc on the country’s economy. Though food scarcity is not a problem yet, during Ramzan, the closures can spell misery for people despite the government’s assurance of consistent supply. In order to simmer down the current food panic and hoarding of goods, it is to be ensured that the production and availability of essential goods are not halted by the arrival of COVID-19 in Pakistan.

There are two sources of concern in this situation.

First, despite growth in livestock, which contributes to almost 2/3 of the agricultural output in Pakistan and accelerated slightly to 4.0% in fiscal year (FY) 2019; agricultural production as a whole expanded by only 0.8%. Second, with COVID-19 escalating, Pakistan has recently suspended its trade and closed its borders, leaving many distressed and worrying about the shortage of essential Iftar items.

In order to address the first concern, it is imperative to note that an overall decline in all sectors was already being witnessed before COVID-19. The slowdown in the agriculture industry was exacerbated by weaker demand and higher costs until the disease arrived. As for the shortage of essentials food items, Punjab alone is a mass producer of many food essentials that will be easily available during Ramzan. An analysis by the Urban Unit states the availability of most essential items from April to June 2020:

Under essential items, rice is the only commodity that is expected to suffer a blow by the pandemic, but it is harvested in September. All vegetables and fruits such as capsicum, cabbage, cauliflower, bittergourd, cucumber, turnip, guava, melons and strawberries will be available in an abundant amount.

While no serious panic has been witnessed in consumer behavior in Pakistan unlike in Europe or the United States (US), the government must exercise extreme vigilance on supply-demand trends during Ramzan. There should be no hoarding, and a robust price control mechanism must be put in place at the grass-root level by respective provincial and district administrations.

For example, the Food Department of the Punjab government has taken effective and strict measures and warned of a crackdown on unnecessary stock holdings.

So far, collective efforts by the Food Department along with the Deputy Commissioner’s Office and the Industries Department have led to the collection of fines worth Rs2,883.71 million from accumulators of food items, out of which Rs882.03 million was collected within just 40 days i.e. from March 1 to April 9.

In an attempt to reduce the current wheat prices, the department is further identifying and disqualifying ghost mills from the official quota and borders are also being sealed, barring wheat transportation outside the province and ensuring food security.