by Top
in Golf, Pakistan
0 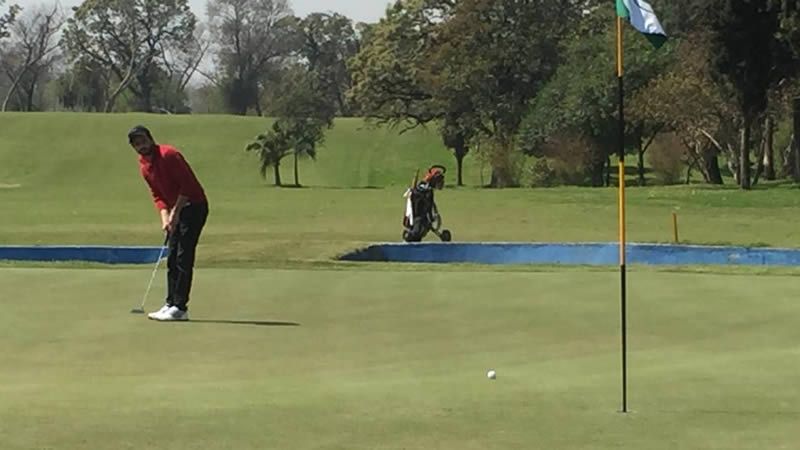 The four-day 59th National Amateur Golf Championship powered by GemGolfers has been started on Thursday at the Islamabad Golf Club where top-notch golfers from across the country are showcasing their skills in various categories.

The scoring technology in this tournament has been provided by Gem Golfers and Scores are available live as the contest activity progresses.

“GemGolfers” is a mobile app for iOS /Android devices and backed by a powerful web-based application for managing a tournament. It can be used for golfers of all skill levels that want to connect to a worldwide golf community. It keeps track of all your golf rounds and visualize your scores in a digital scorecard.

The app offers live leaderboards for participants and viewers so they can follow their scores or their favorite players, featuring in different formats in all tournaments.

Golfers are participating in the following categories: Players include Amateurs, Seniors and Ladies

The country’s top amateur golfer Ghazanfar Mehmood held on to his top place on the leaderboard with a high quality second round golf that fetched him a score of four under 68. Following his score of par in the first round, he was seen at his best on Saturday as he notched up the best score of the tournament so far. His aggregate score of 140 gave him a clear five strokes edge over his nearest rival Taimoor Khan, who carded a score of par 72. Tariq Mehmood (147) is a further two strokes behind. Tariq carded two over in the second round. Ghazanfar carded three birdies on the trot from the fourth to the sixth holes and then again on the ninth. He also had a bogey on the 8th hole. Besides playing pars on the back nine, Ghazanfar chipped in with a birdie on hole No 13. In the third round of National Amateur championship, Ghazanfar Mehmood is leading the scoreboard with 72 Gross whereas ASHIQ HUSSAIN is in second position having 72 Gross and SALMAN JEHANGIR is on third having 72 Gross.

LADIES: In the third round of championship, HAMNA AMJAD is leading with 76 Gross whereas AANIA FAROOQ SYED is having 77 and SUNEYAH OSAMA 81 is on third position.

Here’s How you can Get Checked for Coronavirus in Pakistan