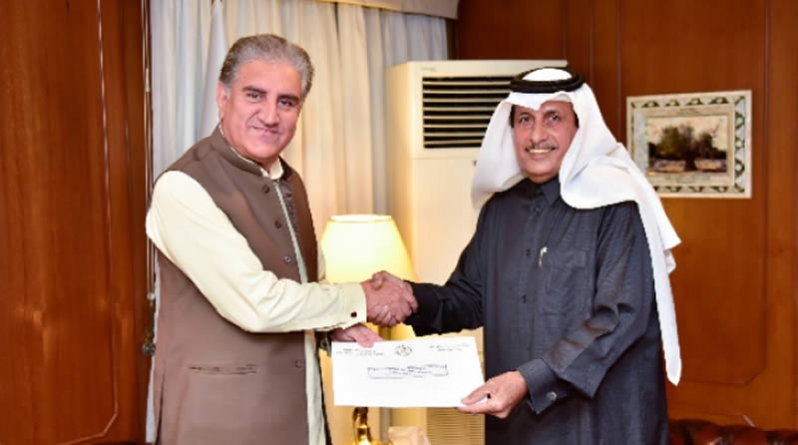 Qatar on Tuesday extended a formal invitation to Foreign Minister Shah Mahmood Qureshi to attend the signing ceremony of the landmark peace deal between the United States and Afghan Taliban in Doha on February 29.

The invitation was extended by Qatar’s ambassador to Pakistan Saqr bin Mubarak Al-Mansouri in a meeting with Qureshi at the Foreign Office.

The US-Taliban deal will lay the ground for a crucial intra-Afghan dialogue focusing on the future of Afghanistan and a permanent ceasefire.

The deal was the result of a 14 month-long process, brokered and facilitated by Pakistan at the request of US President Donald Trump’s administration.

The deal will allow the withdrawal of the remaining 13,000 US troops from Afghanistan in return for a guarantee by Taliban that they will not allow Afghan soil to be used again by any terrorist organisation.

He not only expressed Taliban willingness to engage other Afghan groups to decide the future of Afghanistan, but also talked of having a relationship with the outside world including the US.

In a statement, Qureshi said Pakistan and Qatar played a key role in brokering the peace deal. He said Pakistan always maintained that solution to Afghan war lies in reconciliation.