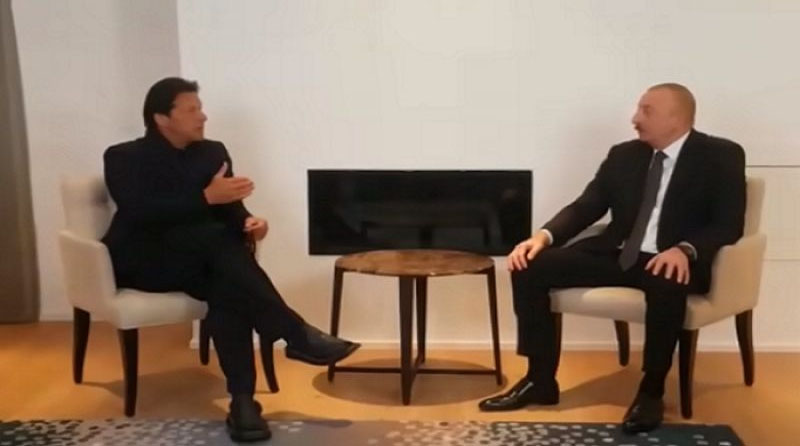 Bilateral relations and ways and means to strengthen economic ties were discussed during the meeting.

Speaking on the occasion, PM Imran Khan, apprised President of Azerbaijan about grave rights violations in the Indian occupied Kashmir. “The valley is under lockdown from August 5, the day when BJP-government stripped Iok’s special status.”

He said Indian acts are threat to peace in the region and the world should take action in this regard.

The prime minister lauded Azerbaijan’s role on the Kashmir issue as a member of OIC.

The president Iiham Aliyev invited Prime Minister of Pakistan Imran Khan to visit Azerbaijan. Both the leaders agreed to further strengthen the bilateral relations between both the countries.

On Tuesday, Prime Minister of Pakistan Imran Khan met with the President of United States Donald Trump at the sidelines of the WEF.

Expressing pleasure upon meeting the Prime Minister of Pakistan, US President Donald Trump had said that he considered him to be a friend, to which Imran Khan replied in kind stating that he was happy to meet the dignitary again.

PM Imran Khan while addressing the United States President raised the issue of the situation unfolding in Indian Occupied Kashmir and the atrocities the people were being subjected to in the region.

US has never been this close to Pakistan: Trump