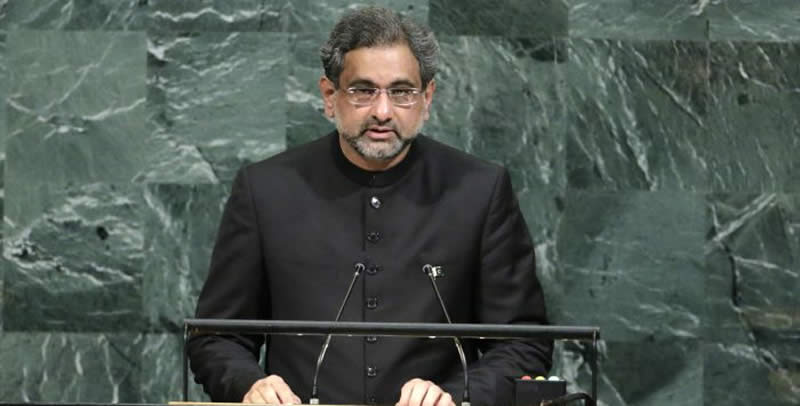 The reference was filed in the Islamabad NAB court by the NAB Rawalpindi after approval from the Chairman National Accountability Bureau (NAB) Justice (retired) Javed Iqbal.

Shahid Khaqan Abbasi and Miftah Ismail are currently on judicial remand in the case related to the liquefied petroleum gas (LNG) scandal.

Sources within the NAB, said the former secretary and ex-MD petroleum have become witness in the reference.

The National Accountability Bureau (NAB) Karachi had requested to file a reference against the former prime minister of Pakistan, Shahid Khaqan Abbasi, on September 11.

The former prime minister is facing charges of corruption and awarding an LNG import contract at exorbitant rates in 2015, which caused a big loss to the national exchequer. Sources said that he had granted a tender worth Rs220 bn to a firm in which he himself was a shareholder.

NAB sources said that Abbasi, in 2013, had awarded an LNG import and distribution contract to the Elengy Terminal in violation of the Public Procurement Regulatory Authority (PPRA) rules and relevant laws.

Abbasi is also accused of misusing his authority during his stint as a petroleum minister. The case was registered on a complaint by Shahid Sattar – an energy expert and former member of the Planning Commission and the SSGC board of directors – on July 29, 2015.