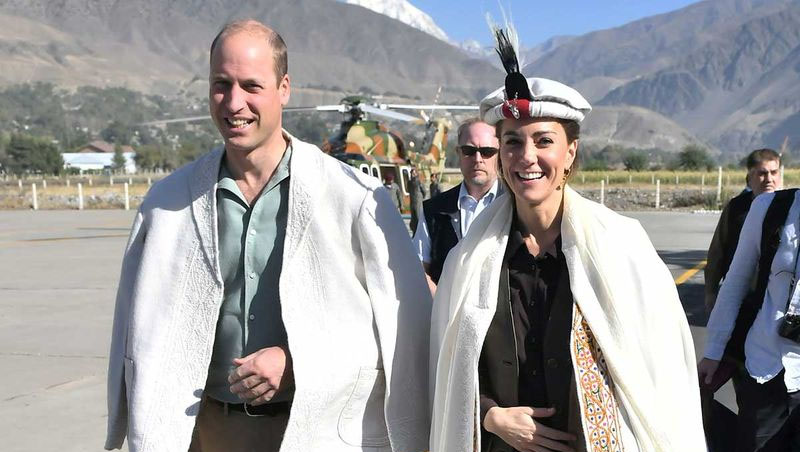 The British Royal couple, Prince William and Kate Middleton on Wednesday reached Chitral on a helicopter while observing the famous and beautiful Hindu Kush mountain range, on the third day of their tour of Pakistan.

According to reports, the Duke and Duchess of Cambridge, Prince William and Kate Middleton is scheduled to visit Chiatibo Glacier to see devastating effects of climate change and witnessing the impact of flash flooding on local villages in Chitral valley. Later, the British prince and his wife will pay a visit to Kalash village.

The couple’s full slate of engagements on Wednesday follows an equally-busy second day of the tour, which included a visit to a girls’ school in Islamabad to highlight higher education for girls, meetings with President Arif Alvi and Prime Minister Imran Khan, and attending a “glittering reception,” which was hosted by British High Commissioner Tom Drew at the National Monument in Islamabad.