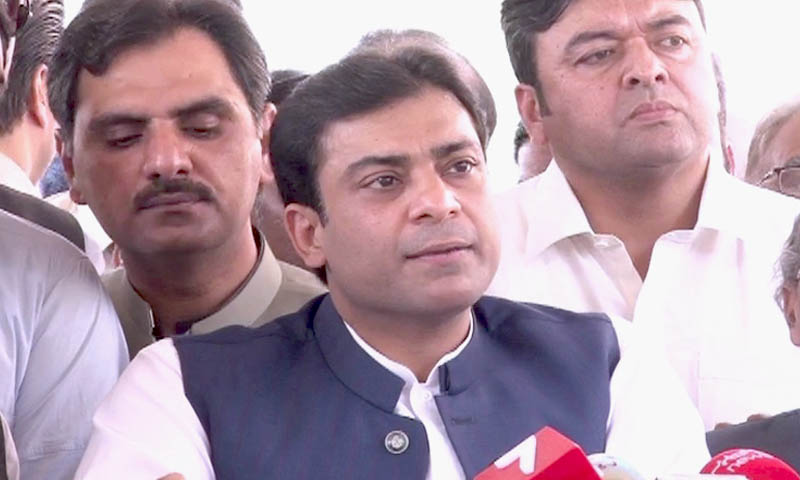 An accountability court in Lahore on Tuesday reserved a judgment on an application – seeking exemption of Pakistan Muslim League-Nawaz (PML-N) President Shehbaz Sharif from his personal appearance in the hearing of the Ashiana Iqbal Housing scheme and Ramzan Sugar Mills cases on April 23. An appeal – on Shahbaz’s behalf – was filed by his defence counsel Amjad Pervez seeking his exemption from personal appearance for the day.

However, the Leader of the Opposition in Punjab Assembly Hamza Shahbaz appeared before the court in Lahore in the Ramzan Sugar Mills case. Justice Najamul Hassan presided over the hearing of the case and expressed annoyance over absence of Shahbaz. “How could Shahbaz Sharif move abroad? Should have he departed without permission?” he asked. To which, Pervez told the court that his client was abroad for medical treatment. He further pleaded with the court to grant him exemption till May 8. The court responded that Shahbaz could have filed the application by himself.

Later, the court reserved the verdict on the application and proceeded with recording statements of witnesses in the cases. Hamza was summoned only in Ramzan Sugar Mills case whereas Shahbaz was directed to appear in both Ashiana Iqbal Housing scheme and Ramzan Sugar Mills cases. Hamza pleaded with the court to allow him to leave for attending the ongoing session of the Punjab assembly. To which, the court allowed him to leave, however told him that the hearing would proceed even in his absence. After appearing in the court, Hamza spoke to the media, and said that in eight months, the inflation has hit hard the general public of Pakistan.

Meanwhile, strict security measures have been taken around the court and all routes leading to the court have been sealed with blockades and barbed wires. Heavy contingents of security personnel have been deployed inside and outside of the court’s premises. On April 9, the court indicted Hamza and his father Shahbaz in the same cases. However, both accused had denied the charges against them, and maintained that they had saved Rs2300 billion, assuring that the money was not misused.

Later, the court had summoned witnesses and adjourned the hearing. The Lahore High Court (LHC) had extended Hamza’s interim bail till April 25 in an ongoing investigation into assets beyond known sources of income and money laundering case, and barred the National Accountability Bureau (NAB) Lahore from arresting him. Previously, a team of the NAB had swooped on the 96-H house, believed to be Shehbaz Sharif’s residence, allegedly because Hamza Shehbaz was “not cooperating” in the ongoing investigation in the case. Moreover on February 14, Shahbaz had also been granted bail by the LHC in the Ashiana Iqbal Housing scheme and Ramzan Sugar Mills cases.

Pakistan will not be party to any internal conflict in Afghanistan: PM Imran Khan

Pakistan will not be party to any internal conflict in Afghanistan: PM Imran Khan