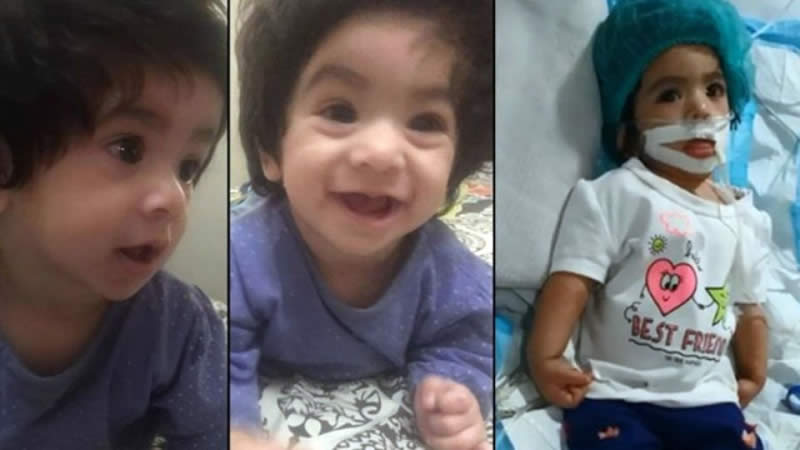 Nashwa an infant girl who suffered brain damage due to negligence of doctors of a hospital in Karachi passed away on Monday after being under treatment for a week.

Last week on Monday, Nashwa was administered an excessive quantity of potassium chloride by the staff of Darul Sehat Hospital. Due to the overdose, the child suffered brain damage and was shifted to Liaquat National Hospital.

Her father Qaiser, had lodged a case against the hospital under Sections 324, 337 and 34 of the Pakistan Penal Code. According to the FIR, Qaiser had taken his twin daughters to Darul Sehat Hospital, where Nashwa was given an excessive dose of potassium chloride through a drip.

Following the injection, Nashwa lips turned blue and she started to have trouble breathing, the father said in his report. The infant was then taken to the intensive care unit (ICU) and was administered CPR for 45 minutes and her breathing was restored.

Nashwa was then put on a ventilator. After her ventilator was taken off, doctors told Qaiser that his daughter may have suffered brain damage due to the CPR being performed on her for 45 minutes.

On Sunday, the police arrested three staff members of Darul Sehat Hospital and will be presented in front of the court concerned on Monday, local media reported.

Sublime by Sara Presents Her Collection, “The Sublime Sunset SS 2019”