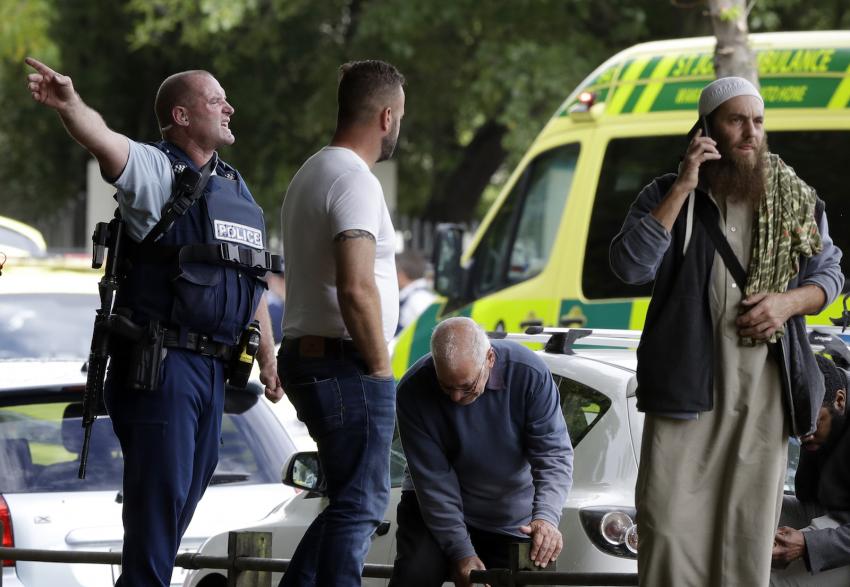 The death toll in mass shootings at two mosques full of worshippers attending Friday prayers has increased to 49, New Zealand Police Commissioner Mike Bush said hours after a deadly terrorist attack in the city of Christchurch. He added that a man had been charged with murder in connection with the terrorist attack and will be produced before court on Saturday. Bush was speaking to the media for the second time after the attack.

“One person, a male in his late 20s, has been charged with murder, and should appear in the Christchurch Court tomorrow morning,” he said.

What we know about the attacker

The main suspect, identified as Brenton Tarrant, is an Australian national who resided in the city of Grafton in the Australian state of New South Wales.He is suspected to have entered two mosques in New Zealand’s city of Christchurch and shot dead 41 people at Masjid Al Noor at 1.40pm local time, and seven more at the Linwood Masjid a short distance away. He was identified after having livestreamed the massacre to social media with the help of a camera attached to his gear.

According to Australian media reports, he had in the past worked as a gym instructor and personal trainer and was obsessed with fitness. According to the Australian Broadcasting Corporation (ABC), “Tarrant described himself as ‘a regular white man, from a regular family’ who was born in Australia to a ‘working class, low-income family’.”

According to the The Sydney Morning Herald, he “was dedicated to fitness and ran free athletic programs for children”. “He left the small town in 2012 to ‘travel’ before settling in New Zealand,” the Herald reported. Though Tarrant recently visited Pakistan’s northern areas as a tourist and spoke on Facebook about enjoying the kindness hospitality of the people here, his beliefs — outlined in a 74-page manifesto uploaded online — revealed a disturbing obsession with racial purity and white supremacy.

“He also wrote that he began planning the attack ‘roughly two years in advance’, and chose the final location three months prior to the attack,” wrote the Herald. “The 74-page document, called The Great Replacement, consists of a rant about white genocide and lists various aims, including the creation of “an atmosphere of fear” against Muslims,” reported The Guardian. “The document, which suggests an obsession with violent uprisings against Islam, claims that the suspect had ‘brief contact’ with the Norwegian mass-murderer Anders Behring Breivik and that Breivik gave a ‘blessing’ for the attack,” The Guardian said, adding that Tarrant described himself as “an ethnonationalist and fascist”.

“The suspect wanted to send a message that ‘nowhere in the world is safe’,” The Guardian reported. “The choice of weapon – firearms – was designed to gain maximum publicity.” “‘I chose firearms for the affect it would have on social discourse, the extra media coverage they would provide and the effect it could have on the politics of United States and thereby the political situation of the world,'” The Guardian quoted from the manifesto.

Earlier, New Zealand’s Prime Minister Jacinda Ardern had said that 40 people had been killed while 20 were injured in the deadly attack.She called it one of the country’s “darkest days”.

This can “only be described as a terrorist attack”, she said in a second press conference following the shootings in Christchurch, adding that the national security level has been changed from low to “high”.