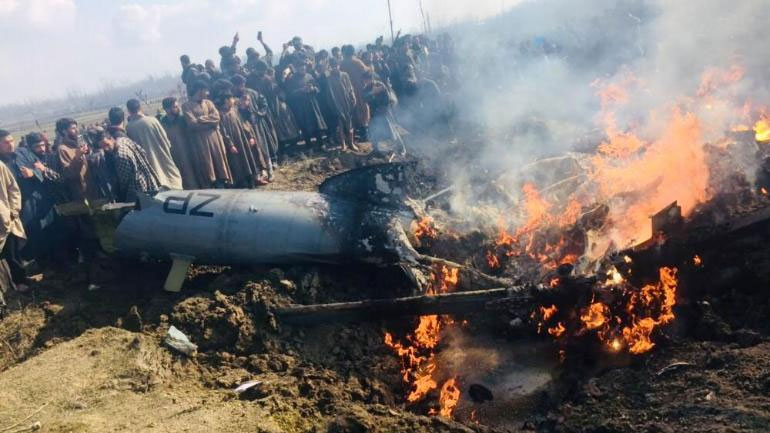 In a befitting response to Indian aggression, two Indian Air Force fighter jets were shot down by Pakistan for violating airspace on Wednesday, video of which has surfaced online.

One of the jets fell  in Azad Jammu and Kashmir, while the second one in Indian occupied Kashmir, say the sources. The surprise move came a day after Indian jets intruded into Pakistani airspace and claimed to have attacked a militant camp. There are reports that an Indian pilot had ejected and reportedly been in Pakistani custody.