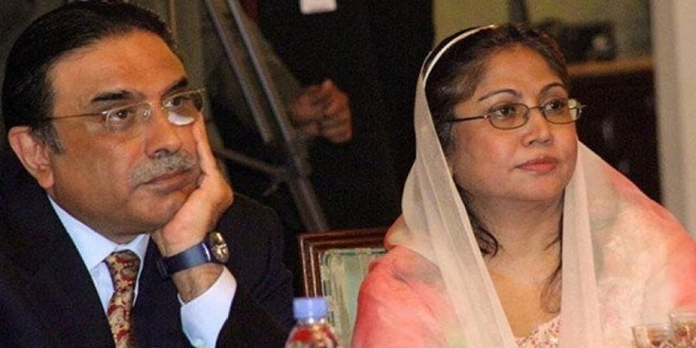 Co-chairman of Pakistan Peoples Party (PPP) and former president Asif Ali Zaradri and his sister Faryal Talpur have filed a plea in Supreme Court (SC) to withdraw decision of sending fake bank accounts case to National Accountability Bureau (NAB).  According to details, advocate Latif Khosa has prepared review petition against the decision, stating that Federal Investigation Agency (FIA) has failed to submit final challan in banking court despite assistance from all the relevant departments.

SC had constituted Joint Investigation Team (JIT) in the case on the request of FIA, the plea added. It further stated, “We appeared before JIT, submitted our written replies but the agency has not found any direct evidence against us.” On January 21, NAB Chairman Javed Iqbal, complying to the orders of the Supreme Court of Pakistan (SCP), transferred the case to the bureau’s office in Rawalpindi.