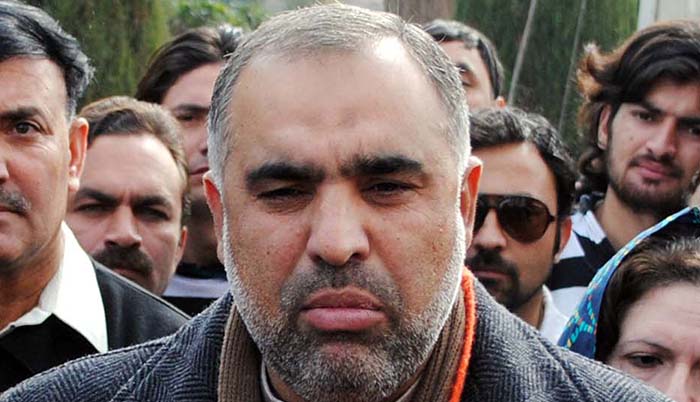 Pakistan Tehreek-i-Insaf’s (PTI) Asad Qaiser on Wednesday emerged as the choice of Speaker for the 14th National Assembly. Qaiser bagged 176 votes while Pakistan Peoples Party’s (PPP) Syed Khurshid Shah received 146 in the secret balloting process. A total of 330 votes were cast among which eight were rejected.

Outgoing speaker Ayaz Sadiq administered oath to new speaker who will supervise the election of the deputy speaker for the Lower House of Parliament.  The session begun after a delay of more than half-an-hour due to late arrival of MNAs. As the session begun, oath was administered to five MNAs-elect who did not attend the first session. Lawmakers belonging to various political parties, including prime minister-in-waiting Imran Khan and Pakistan Peoples Party (PPP) chairman Bilawal Bhutto Zardari, are present in the Lower House of Parliament for the election.  PTI chairman forgot to bring his NA registration card with him and was objected by the polling agent of PPP. However; Ayaz Sadiq intervened and permitted Khan to cast his vote.

He received his early education from Government higher secondary school in Marghuz, and later graduated from University of Peshawar. Asad Qaiser joined PTI in 1996 and began his career in PTI as a worker and rose to the rank of district president of Swabi. He was initially appointed as the provincial President of PTI in 2008. The office he held till 2011 when the provincial leadership was dissolved by chairman PTI Imran Khan prior to the Intra-Party elections. In March 2013, he won the intra party elections. In the 2013 general elections he stood from NA-13 SWABI-II and PK-35 SWABI-V where he was elected as legislator from both but he held on to PK-35 SWABI-V constituency of Khyber Pakhtunkhwa Assembly against his candidate from PML-N, and then got elected by the provincial assembly, as Speaker of the Khyber Pakhtunkhwa Assembly and served till 2018.