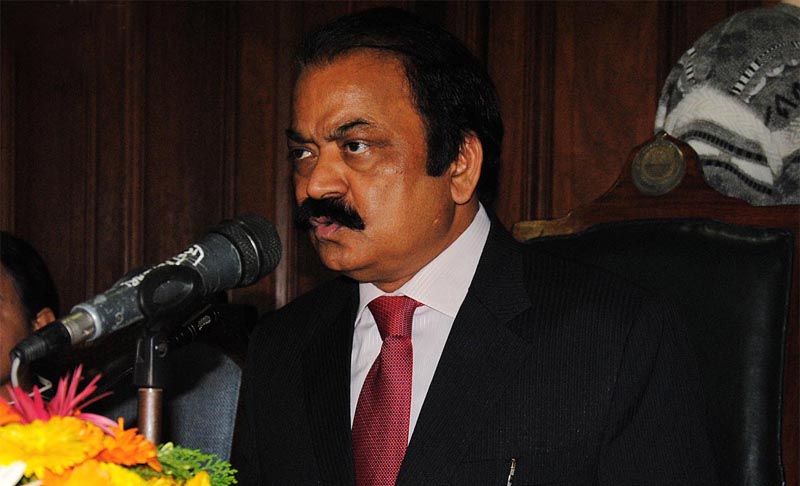 Rana Sanaullah has pointed to the statement by Imran Khan two days ago mentioning ‘big wicket’ as suspicious in context of Khawaja Asif’s disqualification and demanded the Chief Justice of Pakistan to take suo moto notice on it.

Islamabad High Court on Thursday disqualified Foreign Minister Khawaja Asif from the parliament under Article 62 (1) (f). Punjab Minister of Law Rana Sana has demanded investigation of the statement by Imran Khan about a ‘big wicket’ which made him fly to Islamabad immediately. He has said that this generates the impression that somehow the PTI supremo already knew about the verdict.

Imran Khan on Tuesday, minutes after his arrival at the Data Darbar shrine, cancelled his planned political engagements in Lahore s Bhati Gate, Mochi Gate, Sherawala Gate areas and departed for Islamabad for big wicket. Talking to media outside Punjab Assembly, he said that PTI workers themselves admit that they have links with the establishment. He further said that Punjab would present budget if other provinces do.

Nawaz says won’t back down in face of testing times

Nawaz says won’t back down in face of testing times