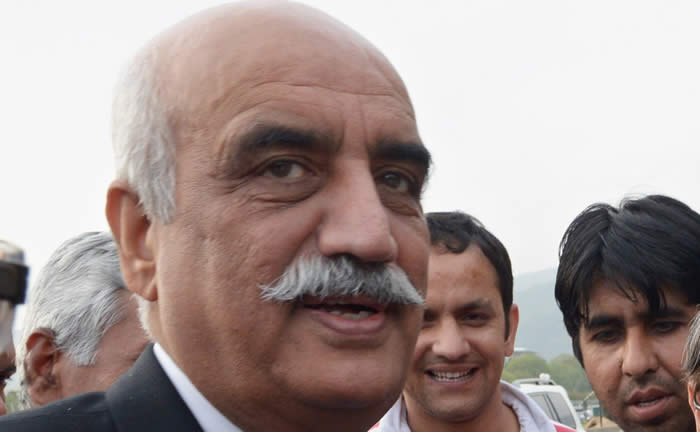 Leader of the Opposition in the National Assembly Syed Khurshid Shah on Monday slammed the government for hiking the prices of petroleum products, terming the increase failure of its policies. Speaking to the media, Khurshid Shah lamented that the latest increase in fuel prices will trouble already hard-pressed public. He said the government had shifted the burden of internal and external borrowings onto the public.

Shah laughed off the government’s claims of having shored up foreign reserves, questioning the veracity of such claims. The government had already been collecting illegitimate taxes on the petroleum products and the recent increase would unleash a storm of inflation in the country, the opposition leader said. The PPP will not allow the government to oppress the people and will expose its hollow claims. He demanded that the old prices of the petroleum products should immediately be restored. A day earlier, Prime Minister Shahid Khaqan Abbasi approved an increase in the prices of petroleum products on the recommendation of Oil and Gas Regulatory Authority (OGRA). Adviser to Prime Minister on Finance Miftah Ismail said that the OGRA had recommended an increase of Rs4 to Rs13, but the premier approved half of it.