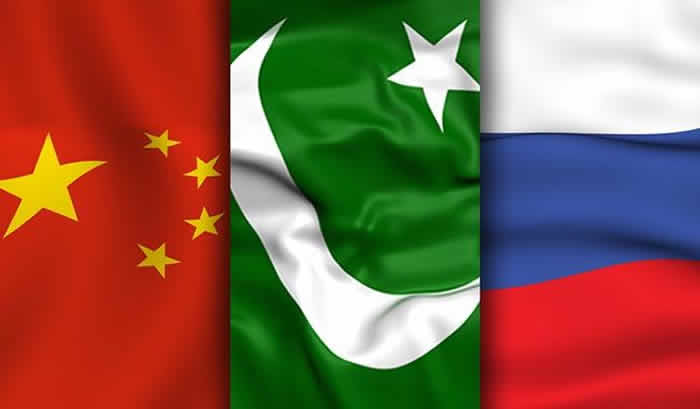 China and Russia came forward in support of Pakistan after President Trump accused Islamabad of harbouring militants. China’s top diplomat defended Pakistan’s “important role” in Afghanistan in a phone call with US Secretary of State Rex Tillerson. Trump, in unveiling his Afghanistan strategy this week, said Pakistan was playing a double game by accepting American aid while giving safe haven to insurgents who kill Afghan and NATO troops.

But China State Councillor Yang Jiechi told Tillerson Wednesday that “we should attach importance to the important role that Pakistan plays in the Afghanistan issue, respect (Pakistan’s) sovereignty and legitimate security concerns,” according to a foreign ministry statement. It is the second time Beijing has defended its South Asian neighbour this week, with foreign ministry spokeswoman Hua Chunying praising Pakistan on Tuesday for making “great sacrifices and contributions to fighting terrorism”. Beijing is investing around $50 billion in Pakistan as part of a plan unveiled in 2015 to link its far-western Xinjiang region to the Pakistani port of Gwadar in Balochistan province.

Yang said Beijing was committed to “advancing the peace and reconciliation process in Afghanistan” and that political dialogue was “the only way to solve the Afghanistan problem”. He added that “China would like to continue to maintain communication and coordination on the Afghanistan problem with the US side”. Meanwhile, Russian Presidential Envoy to Afghanistan Zamir Kabulov lambasted Trump’s Pakistan strategy and insisted that Islamabad is “a key regional player to negotiate with.”

“Putting pressure [on Pakistan] may seriously destabilize the region-wide security situation and result in negative consequences for Afghanistan,” said Kabulov. After the Trump administration neglected Afghanistan, both China and Russia started negotiations with Pakistan to resolve Afghan issue in Decemeber 2016.