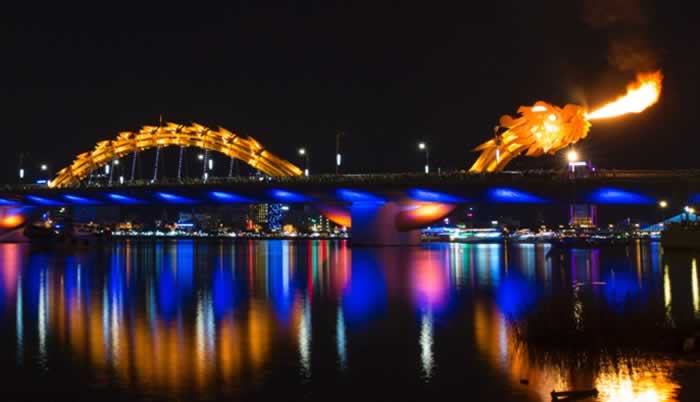 From crumbling old aqueducts in France to striking hi-tech constructions, watching the world of bridges change through the passage of time is strangely fascinating. We’ve rounded up some of the world’s most beautiful bridges, from the ornate to the out-there. 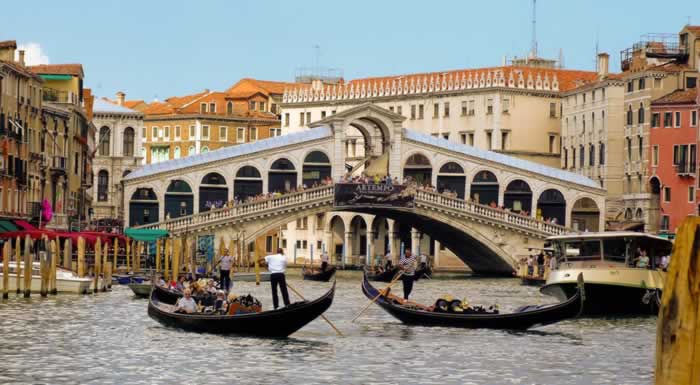 The 16th-century Rialto Bridge – or Ponte di Rialto – crosses over the narrowest point of Venice’s Grand Canal, and is well-known as a Renaissance-era architectural and engineering achievement. It’s usually crammed with tourists, so visit first thing in the morning to get your photos without the hordes of people jostling past or trying to sell you selfie sticks. 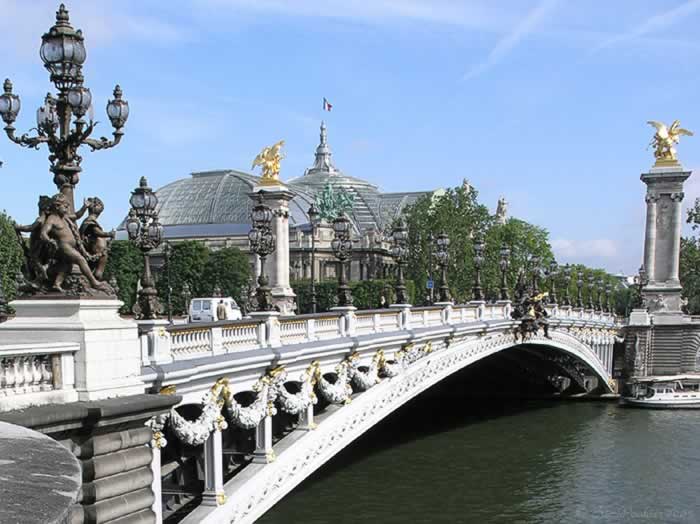 The incredibly ornate Pont Alexandre III in Paris is probably the city’s most elaborately-designed bridge, resplendent with nymphs, winged horses, cherubs and more. Connecting the Champs-Élysées area of Paris with the Invalides and Eiffel Tower, spending a day exploring its surroundings will allow you to see monuments, museums and shops all in one go. 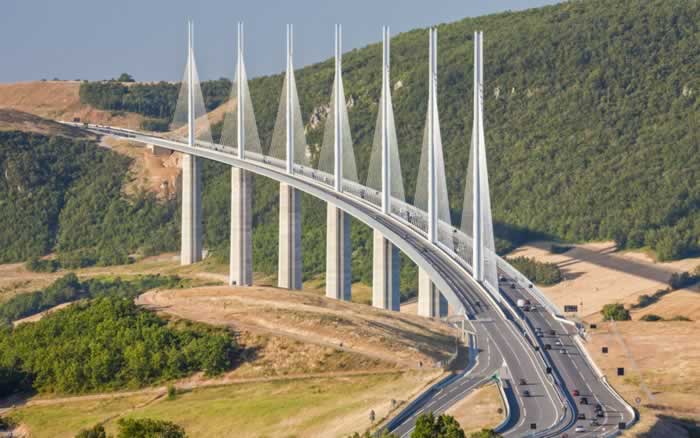 Located in southern France, the Milla Viaduct broke plenty of records when it opened in 2004, with the highest pylons in the world and the highest road bridge deck in Europe. It even overtook the Eiffel Tower as the tallest structure in France (it also weighs five times as much as the famous tower). When visiting Aveyron, check out Causse Gantier, the oldest glove factory in operation in Millau, which provides bespoke gloves to Dior, Chanel, Saint Laurent, Hermes and more. 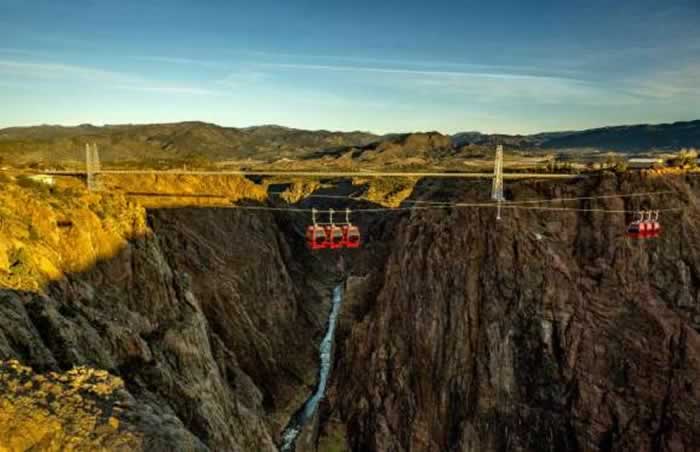 Constructed in 1929 for $350,000, the Royal Gorge Bridge held the title as the highest bridge in the world for over seven decades, and thought it has lost that honor, it still stands as the highest in the USA, at a whopping 956 feet above the Arkansas River. You can experience the grandeur of the Royal Gorge Bridge by taking a gondola gliding 2,200 feet across the gorge to enjoy 360° views of the cavernous area, the bridge and the Sangre de Cristo Mountains. 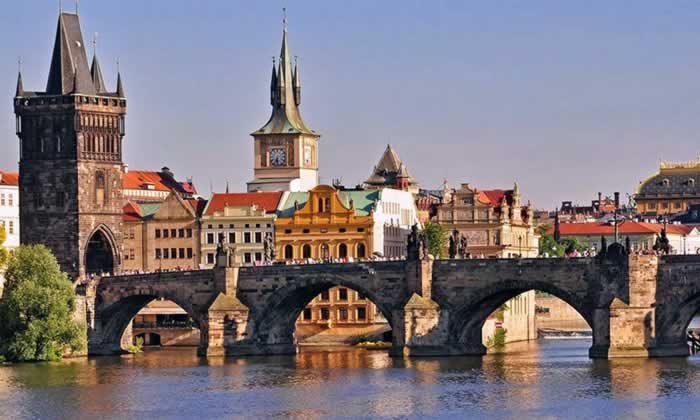 The Czech Republic’s most famous bridge, the Charles is just one of many highlights in the capital city Prague. Built over 600 years ago, it stretches across the Vltava river, and is a great starting point to explore Prague’s architecture, art, markets and museums by foot. 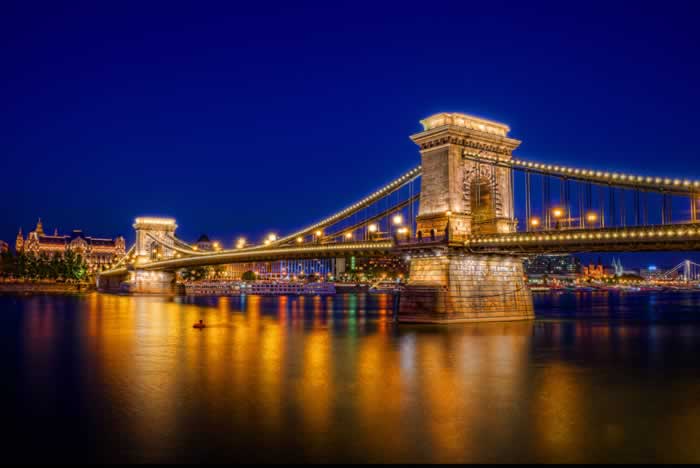 Budapest’s most famous bridge, the Széchenyi Chain Bridge links Buda and Pest, the western and eastern sides of the city, and spans the River Danube. It has even had big-screen appearances, most notably at the beginning of Katy Perry’s video for Firework. Strolling along the bridge gives you great views of both sides of the city. 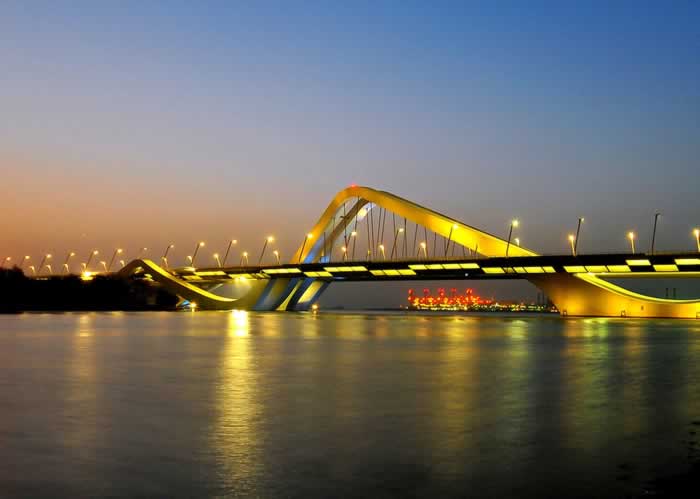 Designed by renowned architect Zaha Hadid, the striking 2,700-foot-long Sheikh Zayed Bridge in Abu Dhabi certainly makes a statement with its curved arches, lighting design and complicated structure. There’s plenty to do in the area too, including visiting the breathtaking Sheikh Zayed Mosque, which accommodates an enormous 41,000 worshippers. 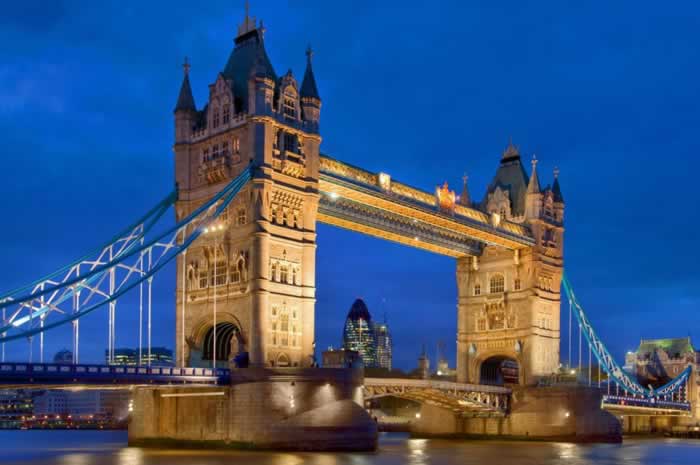 Built over a hundred years ago, Tower Bridge is one of London’s most recognisable landmarks – but rather than gazing at it from a distance, you can learn all about it on the glass-bottomed viewing deck that spans the top, and in the Victorian engine rooms at either side where the steam engines that once powered the lifting mechanism sit. The famous Tower of London is just around the corner. 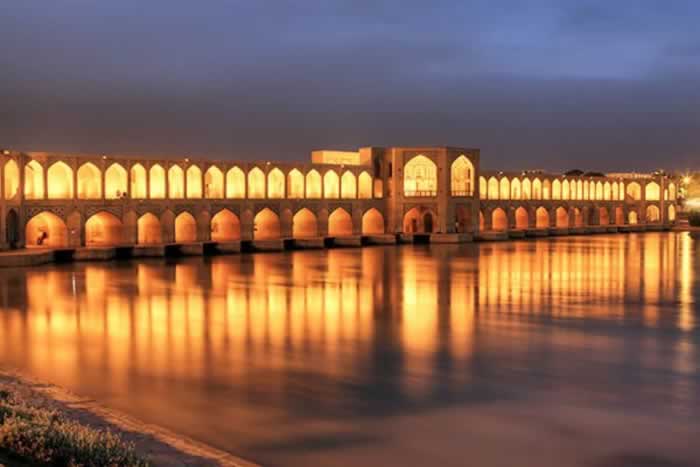 Built in the 17th century, Isfahan’s Khaju Bridge seems to have become more impressive with age thanks to its glorious Persian architecture and spectacular night lighting. While you’re in Isfahan, don’t miss the Naghsh-e Jahan Square, a UNESCO World Heritage Site with the grand Sheikh Lotfollah Mosque along its eastern edge.