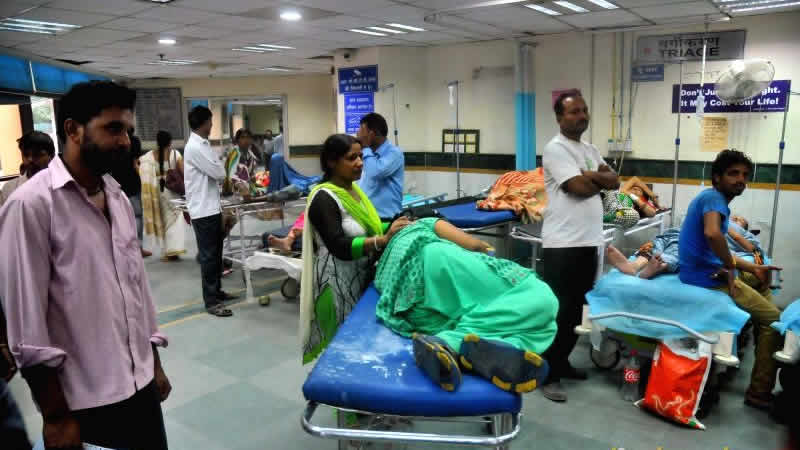 Sindh’s programme manager of Dengue Prevention and Control Programme Dr Masood Solangi has said that the health department has started tests to diagnose dengue and malaria in Ibrahim Haidery, Malir and other areas of Karachi.

Dr Masood Solangi, has recently named as the provincial focal person for Chikungunya control and management programme. Dr Solangi has said that in Ibrahim Haidery four cases of malaria and one patient of dengue has been diagnosed. He said hundreds of patients in the area suspected of infected by Chikungunya viral disease. Dengue and Chikungunya virus carried by the same mosquito adding malaria all three diseases have same symptoms, doctors said.

The focal person has been tasked to coordinate with departments concerned and municipal agencies to effectively eradicate the vector responsible for the spread of the viral infection in the province, especially in Karachi. Accsording to reports, the government has ordered import of 20,000 Chikungunya diagnosis kits from Finland for timely diagnosis and treatment of the disease rampant in various localities in the city. The test kits will enable the hospitals across Sindh to diagnose the viral disease.

Read More: Having A Younger Sibling May Be Good For Your Health

The recently visiting WHO team of medical experts expressed dissatisfaction over the health department’s performance, especially its Malaria and Dengue control programme in the province. The visiting team of World Health Organization (WHO) experts submitted a guideline of the measures to Sindh health department to tackle the rising numbers of Chikungunya and Dengue cases. The WHO team was arrived in Karachi to provide assistance to the health authorities fighting the spread of Chikungunya disease in the metropolis.

The government of Sindh had sought the WHO assistance to fight Chikungunya disease in Karachi where it is rapidly spreading particularly in the city’s areas like Orangi Town, Malir, Bin Qasim, Ibrahim Hyderi, Korangi, Lyari, Surjani Town, and Keamari. Presently the blood samples of patients being sent to the National Institute of Health (NIH) in Islamabad to test Chikungunya infection. Chikungunya is a mosquito-borne viral disease that causes fever and severe joint pain which