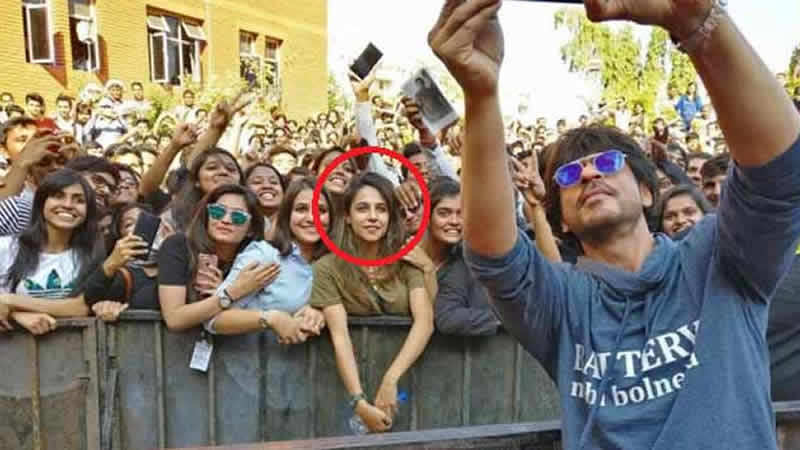 Who's this pretty girl in SRK's Pune selfie

Shah Rukh Khan recently went to Pune for film promotion of ‘Raees’ and was amazed to be welcomed by a huge crowd of university and college students. He took many selfies and uploaded them on social media, mainly Twitter and Facebook.

However, more than talking about the King Khan, people went gaga over this girl in the crowd wearing a green T-shirt. “Who is this pretty girl?”, asked everyone. While the story was going viral, Buzzfeed did a little research and tracked down the girl who is a third-year college student named Saima Hussain.

Read More: Kaabil, Raees To Release In Pakistan On February 3

She is just 21-year-old and was born in Srinagar, yes she’s a Kashmiri. Even Saima had no idea that she was becoming an internet sensation and was told by one of her friends that people are constantly discussing her on tweets and Facebook comments. Being a fashion student, she considers herself lucky to become so famous. Even Shah Rukh Khan couldn’t resist himself to admit, “So pretty she is.” 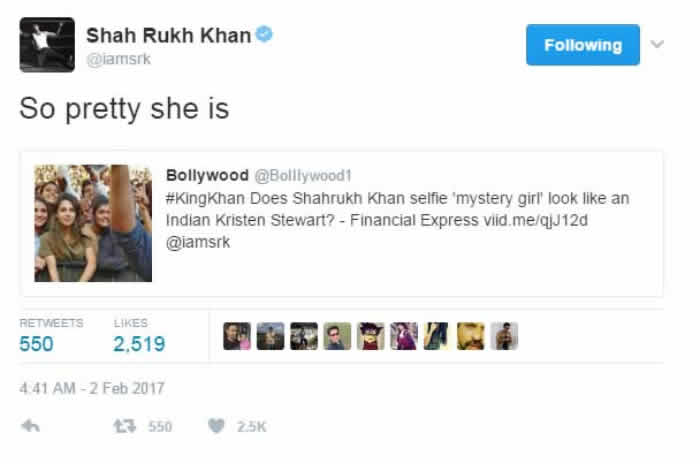