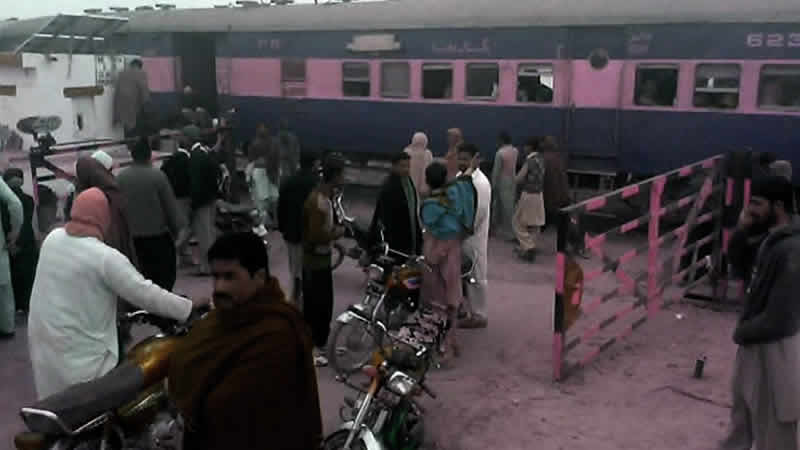 At least seven children and one driver were killed while five others sustained severe wounds as speeding train rammed into school rickshaw at railway crossing in Lodhran.

The incident took place when a school rickshaw was trying to pass through Jalalpur’s open railway crossing and struck by train due to negligence of railway employee. The eye witnesses said that train collided with the vehicle in the presence of railway worker who didn’t close the gates. The injured were taken to DHQ Lodhran where they were recommended to Bahawalpur.

Sources told that the mishap occurred due to no communication system at the crossing. Meanwhile, Federal Minister for Railways Khawaja Saad Rafique has taken notice of the incident and directed the officials to submit report of the accident at earliest.