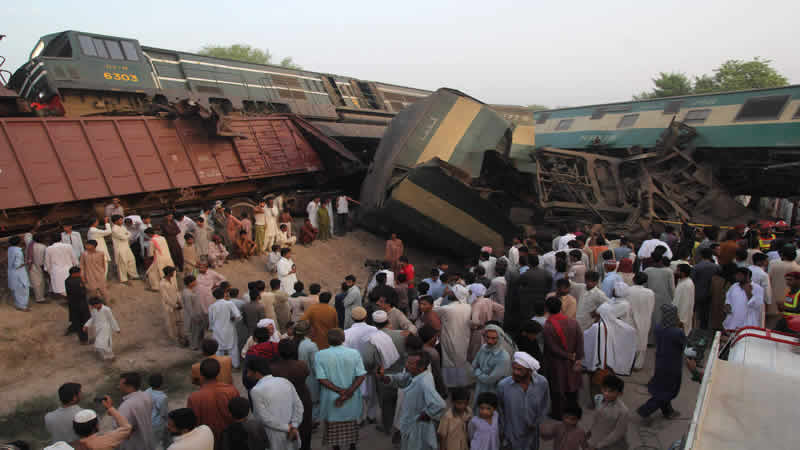 At least 21 killed as two trains collide in Karachi

At least 21 people were killed and around 45 were wounded when two Karachi bound trains collided in Karachi on Thursday morning, Media News reported.

At least 21 people were killed and around 45 were wounded when two Karachi bound trains collided in Karachi on Thursday morning, ARY News reported. Fareed Express rammed into Zakaria Express near Landhi area of Karachi, leaving at least 21 people dead and 45 others wounded. The deceased and injured also included women and children.

Both trains were running to Karachi from Punjab. Rescue teams rushed to the scene and the injured persons and dead bodies were shifted to various hospitals of the metropolis. The critical injured of the train crash have been admitted at a nearby medical facility whereas others have been shifted to Jinnah Postgraduate Medical Centre. The hospital administration has declared emergency in Jinnah Hospital.

The rescue teams are facing problems to carry out relief work as large number of people had gathered at the site of the crash. Police tried to disperse the onlookers with baton charge. Later, Rangers and other law enforcement personnel also arrived at the scene to control the mob to facilitate the rescue operation. An expected relief train yet to reach the spot of the train accident. DS Railways Karachi has said that the cause of the incident will be determined after completion of the rescue work. arynews

The Green Resources of Energy in Pakistan