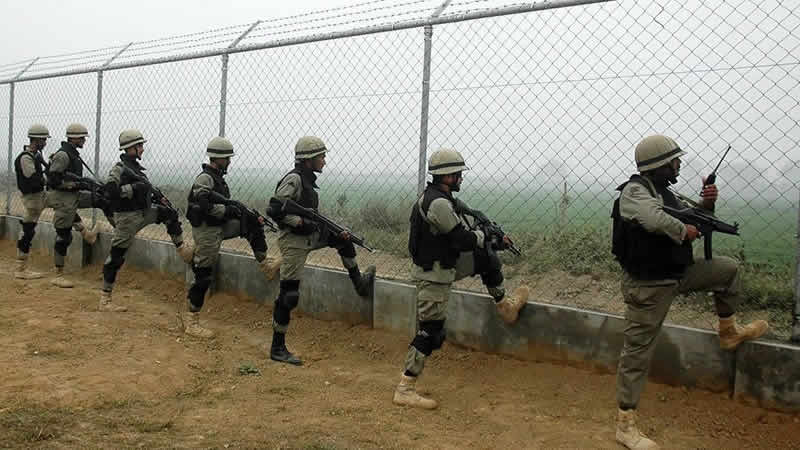 Two people including a young girl were killed and three others injured after Pakistani and Indian border forces exchanged fire across the working boundary in Harpal and Chaparral sectors on Monday, said Inter Services Public Relations (ISPR).

The injured also include two women, confirmed the Public Relations wing of the Pakistan Army. The ISPR said Pakistan Rangers responded ‘befittingly’ to the ‘unprovoked’ overnight firing by the Indian troops. Tensions between the two arch rivals have been boiling since the Indian government accused Pakistan of supporting an assault on an army base in the held Kashmir that killed 18 soldiers.

Occasional violations of a 2003 ceasefire between the nuclear-armed rivals are not uncommon. The last was reported on October 19 that killed a civilian during another episode of firing across the Line of Control (LoC). Kashmir is divided between Pakistan and India, but both claim it in full.

Kashmiris in the Indian-held part of the territory have been fighting for decades to break free from New Delhi. They seek either a sovereign state or a merger with Pakistan. The nuclear-armed rivals have fought three wars since they gained independence from Britain seven decades ago, two of them over Kashmir.