Top 10 Most Iconic Buildings Of The World 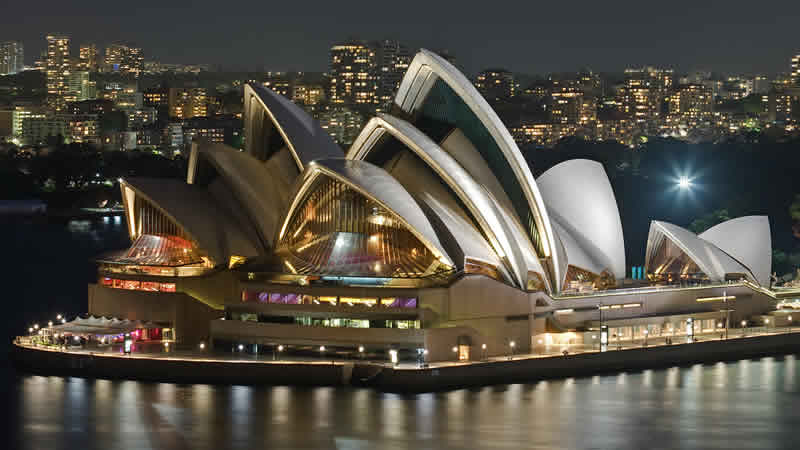 A picturesque landscape is the one with lush green ground, snow clad mountains, blooming flowers and fresh water serene rivers.

While all these are bestowed by nature, man’s contribution to the landscape is structures. From the Skyscrapers of New York adoring the Manhattan skyline to the Artificial Palm islands of Dubai, humans have equally contributed in beautifying the ambiance and landscape of places. From Tokyo to Alaska, there are a host of structures and buildings we are worth viewing, working and living in. We have compiled a list of the top 10 most iconic buildings of the world for you.


The kaaba is the most sacred Muslim pilgrimage site in the world. This brick cuboid structure is located at the center of Islam’s most sacred mosque, Al-Masjid al-Haram, in Mecca, Saudi Arabia. While performing their prayers, Muslims all over the world face in the direction of the Kaaba . Every Muslim visits the Kaaba at least once in their lifetime as a part of Hajj pilgrimage. The glorious structure is a bricked cuboid made of granite. The Kaaba is approximately 13.1 m , with sides measuring 11.03 m by 12.86 m. Inside the Kaaba, the floor is made of marble and limestone. The Kaaba was initially open to all pilgrims but due to huge numbers of visitors the entry was restricted for the general crowd.The initial Kaaba had a door for entrance and another for way out with a window situated to 1 side. The present Kaaba merely has one door and no window.

Taj Mahal is an architectural marvel made of white marble situated at the banks of river Yamuna in Agra, India. It was built by the Mughal Emperor Shah Jahan in memory of his beloved wife Mumtaz Mahal. Led by the architect, Ustad Ahmad Lahauri it took around 22,000 men and seventeen years to build the the Taj Mahal. Its is a masterpiece of Persian and Mughal architecture. The changing colors of the Taj Mahal from a pinkish hue in the morning, milky white in the evening and golden at night when lit by the moon are said to resembles the changing mood of Shah Jahan’s queen. Around 8 million tourists visit The Taj Mahal every year. The Taj Mahal was designated as a UNESCO World Heritage Site in 1983. Owing to its dazzling beauty, the Taj is one of the most iconic buildings of the world.

The Shard is a 309.6 metres high 95 storey skyscraper in London, United Kingdom. The construction of Shard began in 2009 and it was completed in 2012. The Shard was inaugurated by Hamad bin Jassim bin Jaber Al Thani, the Prime Minister of Qatar. A project of State of Qatar and Sellar Property Group, Renzo Piano designed the Shard like a spire-like sculpture emerging from the River Thames.The building has 11,000 glass panels and 56,000 meters square of glass facade. It was designed using energy efficiency in mind and much of the construction material used was recyclable. The building lodges residents, hotels, offices and observation galleries.

The Cathedral of Brasilia is a masterpiece of modern religious art in Brasília, Brazil. It is a is the Roman Catholic cathedral serving the the seat of the Archdiocese of Brasília.It was designed by Oscar Niemeyer. The construction started on September 15, 1958 and the structure was finished on April 21, 1960. After some hiccups and delays, the Cathedral was officially opened on May 31, 1970 by Cardinal D. Eugenio Salles. It was declared a national historic and artistic monument on July 15, 1990. The cathedral has a striking hyperbolic structure constructed from 16 concrete columns, weighing 90 tons each. The entrance to the cathedral is through a dark tunnel after which it emerges into a bright space with a glass roof. With its breathtaking design, it is perhaps one of the most iconic buildings of the world.

Casa Mila popularly known as La Pedrera was designed by architect Antoni Gaudí for a wealthy couple Roser Segimon and Pere Milà in Barcelona, Spain. It took six years to build the structure from 1906 to 1912. The building occupies a space of 1,323 meters square per floor. The building was criticized for its bold and modernistic design when it was made. The building resides many structural innovations which include self-supporting stone front and columns, and floors free of load bearing walls and underground garage.

Notre Dame de Paris translates to “our lady of Paris”. Its is a Catholic cathedral which happens to be the official seat of the Archbishop of Paris. The magnificent monument is 130 meters long, 48 meters wide and 35 meters high. The construction of Notre Dame began in 1163 post which it endured destruction and subsequent restoration in many periods. It took its final shape of as we see today in 1345. It is one of the most iconic structures in Paris and undoubtedly one of the most iconic buildings of the world. It is known for one of the world’s largest organs and its immense and splendid church bells. The Cathedral was one of the world’s first buildings to use flying buttress and was is considered to be one of the finest examples of French Gothic Construction.

Standing tall at 1250 feet, Empire State Building is a 102 storey structure adorning the Manhattan skyline. The building was designed by William F. Lamb. It took one year and 45 days to complete the building. It was inaugurated by former Governor Smith’s grandchildren and the lights were turned on by the then President Herbert Hoover, who lit up the building from Washington DC. The building has 85 stories of commercial space. The other 16 represent art deco tower. The building also has a 103rd floor accessible only by stairs from the 102nd floor. It requires special permission from the building management to visit this floor. The Empire State Building received a gold LEED rating in September 2011 and is the tallest Leadership in Energy and Environmental Design (LEED)-certified building in the United States.

Eiffel Tower built in 1889 in Paris was the product of two engineers Maurice Koechlin and Émile Nouguier. It was designed as an entrance to 1889 World’s Fair. It is named after the engineer Gustave Eiffel, whose company designed and built the tower. He was also the engineer and architect behind the tower. This iron lattice tower is 324 meters tall and weighs 10,100 tonnes. It is the most visited monument of the world with over 7 million people visiting it every year. It took 2 years 2 months and 5 days to build the tower. Originally intended to stand for only 20 years since its construction, it soon became on of the most iconic monuments of the world.

Declared as UNESCO World Heritage Site in 2007, Opera House is one of the most iconic buildings the world. Standing tall at 185 meters with a width of 120 meters, the building was designed by a Danish Architect Jorn Utzon. His design was selected as the winning design among 232 other entries in an international design competition,1957 bestowing him with a prize money of g 5000 pounds. Work started on it two years after his win with 10,000 builders employed. Till the time it was finishes, the cost of the project reached 102 million Australian Dollars. The formal inauguration of the building took place on on 20 October 1973. Paul Robeson was the first person to perform at the Sydney Opera House in 1960. The first opera performed at the house was Sergei Prokofiev’s War and Peace, on September 28 1973. Around thirty thousand events take place here every year visited by around eight million people.