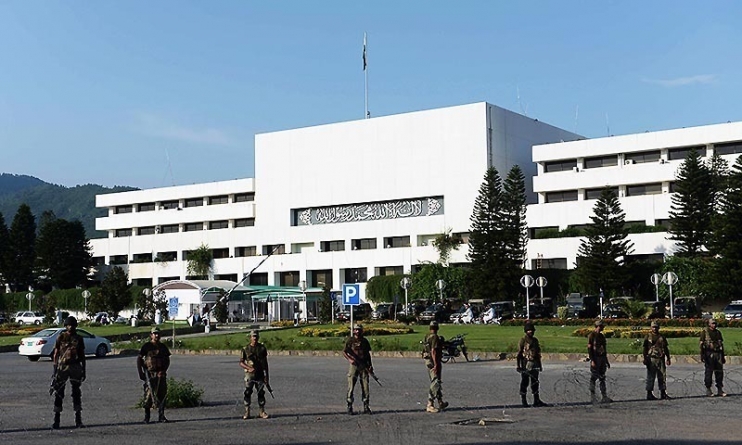 The two-day joint session of the Parliament will begin in Islamabad on Wednesday (today) to discuss the Indian violation of the Line of Control (LoC) and atrocities of the Indian troops in occupied Kashmir, Media News reported.

Chairman PTI talking to media yesterday said that the joint session will result in nothing substantial except for “endorsing Nawaz Sharif as Prime Minister who has lost all moral authority”. We will continue our National Assembly boycott till either Nawaz Sharif resigns or presents himself for accountability according to the Terms of References (TORs) decided by the opposition,” he said.

He said the purpose of the joint session was to convey a message that the whole nation is united against Indian aggression and we already stand with Kashmiris. Imran said despite reservations PTI sent Shah Mehmood Qureshi and Dr Shireen Mazari on Monday at the All Parties Conference (APC) for national unity and to convey a strong message to Indian Prime Minister Narendra Modi.

He said “we feel that attending the joint session tomorrow would mean giving legitimacy to Nawaz Sharif as prime minister; hence, we will boycott”. The PTI chief said Nawaz Sharif should resign and some other Pakistan Muslim League-N leader become prime minister as Nawaz has lost legitimacy to stay PM. They want to play on the Kashmir issue and use it to cover up the Panama Leaks. It has been six months since Nawaz Sharif has not answered the parliament,” he said.

This author has not added a biography. Meanwhile Top has contributed 2350 posts. Click here to view them.