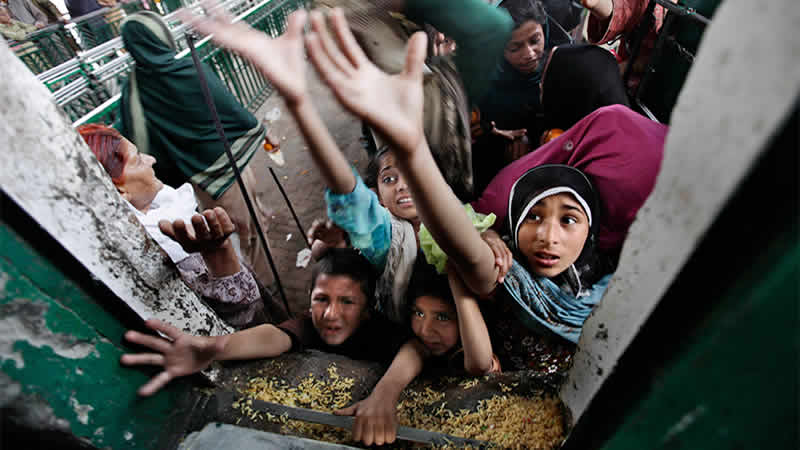 Statistics released by the World Bank this week show that both India and Pakistan face an uphill task in eradicating poverty, despite Indian Prime Minister Narendra Modi’s claim that Islamabad needs to learn from New Delhi how to fight poverty.

The World Bank report “Poverty and Shared Prosperity” places Pakistan among the countries where incomes of the poorest are growing faster than average. The poorest in Pakistan are slightly ahead of the four per cent national growth rate while China tops the list with a more than 8pc growth rate. Sri Lanka is also in this category. India is placed among the countries where incomes of the poorest are growing slower than average, although it has one of the world’s fastest growing economies. Overall, the statistics show that while in some fields India is doing better than Pakistan, in others Pakistan is ahead. The data shows that as many as 21.25pc Indians live at or below the World Bank’s poverty line of $1.90 a day compared to 8.3pc in Pakistan.

The data also shows that increased schooling has led to more productive nonfarm activities in Pakistan. Similarly, conditioning cash support to low income families to children’s regular school attendance at school, led to large increases in enrolment (between 11 to 13pc) in Pakistan. Pakistan is also among the countries where the World Bank study noticed a shift toward declining inequality between 2008 and 2013. In Pakistan, the Gini index, which measures inequality, fell by −2.4 points.