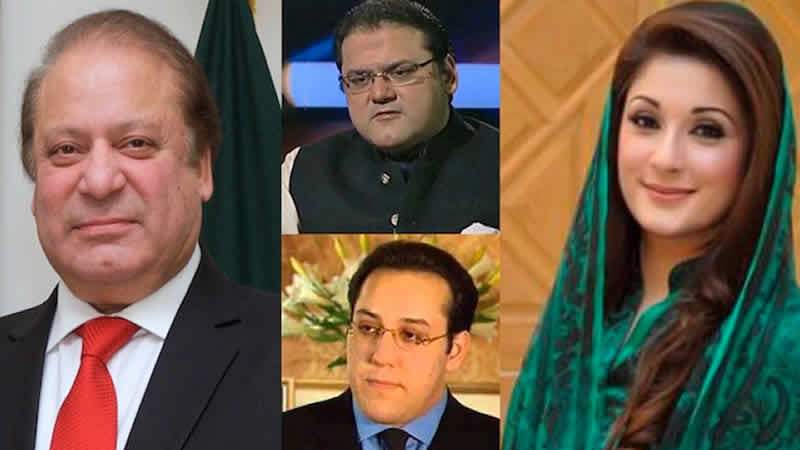 National Accountability Bureau (NAB) Chairman Qamar Zaman Tuesday said that the Bureau would take action against those, who have been alleged to possess offshore companies only after it received evidence from the Federal Board of Revenue (FBR) or other investigating agencies.

Briefing Public Accounts Committee the Chairman NAB said presently the NAB was not pursuing the Panama Leakes issue as these were only leaks and there was no prima facie evidence in this regard. At the outset, Secretary Law and Justice Karamat Hussain Niazi said the issue did not fall under Public Accounts Committee (PAC) Rule 203, adding the panel could not take suo motu action. He said further briefing could also be given on the subject but in presence of media he could not divulge any more. According to the relevant laws, the chairman also maintained the Bureau could not move ahead on those cases and would take action once other civil investigation agencies gathered proof and referred the same to it. Hearing the legal version by the Secretary Law, Chief Awami Muslim League Sh. Rashid Ahmed boycotted the proceedings of the Committee.

However, Chairman Khurshid Shah contested that Parliament could not be sacrificed for the sake of 400 persons, adding since the issue had financial implications, so it falls under powers of the PAC. He said PAC was a body which had already taken up several major financial cases while playing its role. About belated action with regard to the Panama papers leaks, the Chairman Federal Board of Revenue (FBR) Nisar Muhamad said it was waiting an outcome as a result of efforts like constitution of Parliamentary Committee, for making the exercise more meaningful. However, the FBR has started sending notices to those persons whose names have been mentioned in Panampapers Leakes. He said 221 notices had been issued so far while giving them 15 days time to reply and the process was continuing. He said replies of those notices had started pouring in and they were examined and matched with data in FBR.

Regarding illegal flow of money to Dubai for investment in properties, the chairman said the issue was taken up several times with Dubai authorities and foreign office had also sent several reminders, but waiting for a response, he added. He said an agreement had been initialed with UK and Malaysia to provide information about Pakistanis who had invested there. Chairman Securities and Exchange Commission of Pakistan (SECP) Zafarul Haq Hijazi said the Commission did not put restrictions on investment abroad. He said that commission had started work within its prescribed rules with regard to the particular issue and so far it had examined data of 36 companies.

He said that data had been sent to the other relevant organizations like FBR and State Bank of Pakistan for further action. Governor State Bank Ashraf Mehmood Wathra said that SBP was effectively performing its duties and regularly report suspicious transactions in banking channels. However, he added that SBP had no way to check non-banking systems like Hawala and Hundi. He said that SBP had recorded $ 601 million Pakistani investment in 25 countries during 2013-15. Chairman of the committee Syed Khurshid Shah gave one month time to the concerned organizations to come up with detailed progress on this issue.