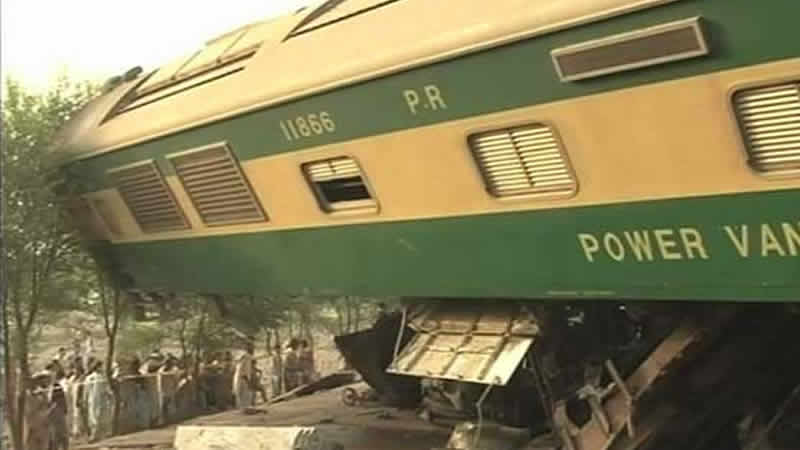 Six people died and 92 were injured on Thursday as Awam Express, which departed from Karachi for Peshawar, collided with a cargo train in Multan.

City police officer Muhammad Rizwan said the death toll is feared to rise as 15 among the injured are in critical condition, adding that the passenger train s engine and four compartments derailed in the accident. He said the passenger train, which was en route to the country’s southern port city of Karachi from northwest Peshawar city, hit into the cargo train, about 15 minutes after leaving the Bucch Railway station in Multan, a district of Punjab province.

According to Deputy Commissioner of Multan Nadir Chattha, cargo train was forced to stop on the track after it overran a man who committed suicide when the passenger train, coming from the same direction, collided with it. The injured are being shifted to various hospitals of the city by rescue teams. Meanwhile, local railway authorities have arranged another train to take the survived passengers to their destination in Karachi.

Prime Minister Nawaz Sharif expressed sorrow over the deaths and directed hospital authorities to provide best possible medical treatment to the injured people. Earlier in July, four bogies of Zakariya Express enroute Multan from Karachi derailed near Kotri Railways Station late at night however, all passengers remained safe. According to the authorities, a mechanical snag resulted in the accident and several trains were barred from leaving from different stations in the aftermath.

10 Drinks To Cool You Down On A Hot day